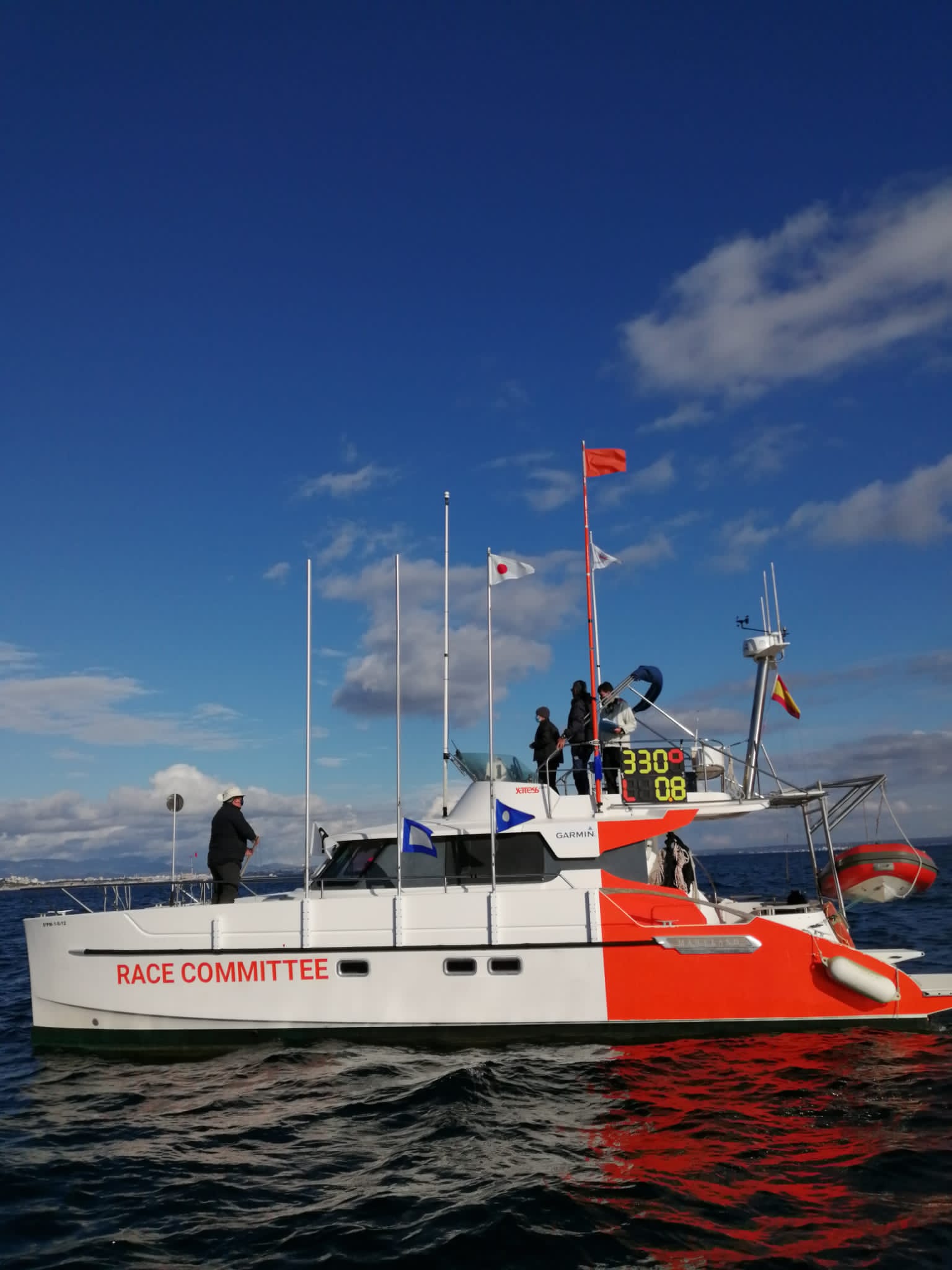 The 3rd Winter Series in Puerto Portals was raced from Friday 20th to Sunday 22nd January in a wide range of conditions, under the deep blue skies of Mallorca. This was the final winter series before the scheduled “IV Copa del Mediterraneo” 26th-28th Feb and the European Championships in April. It is fantastic that any racing can be held during the pandemic and all credit must go to the professional setup in Puerto Portals. Spanish Fleet Captain Carlos Carbajal told me “Despite the difficult situation, Puerto Portals managed to organise a great winter series that allowed us to sail whilst maintaining all the necessary health and safety measures.” 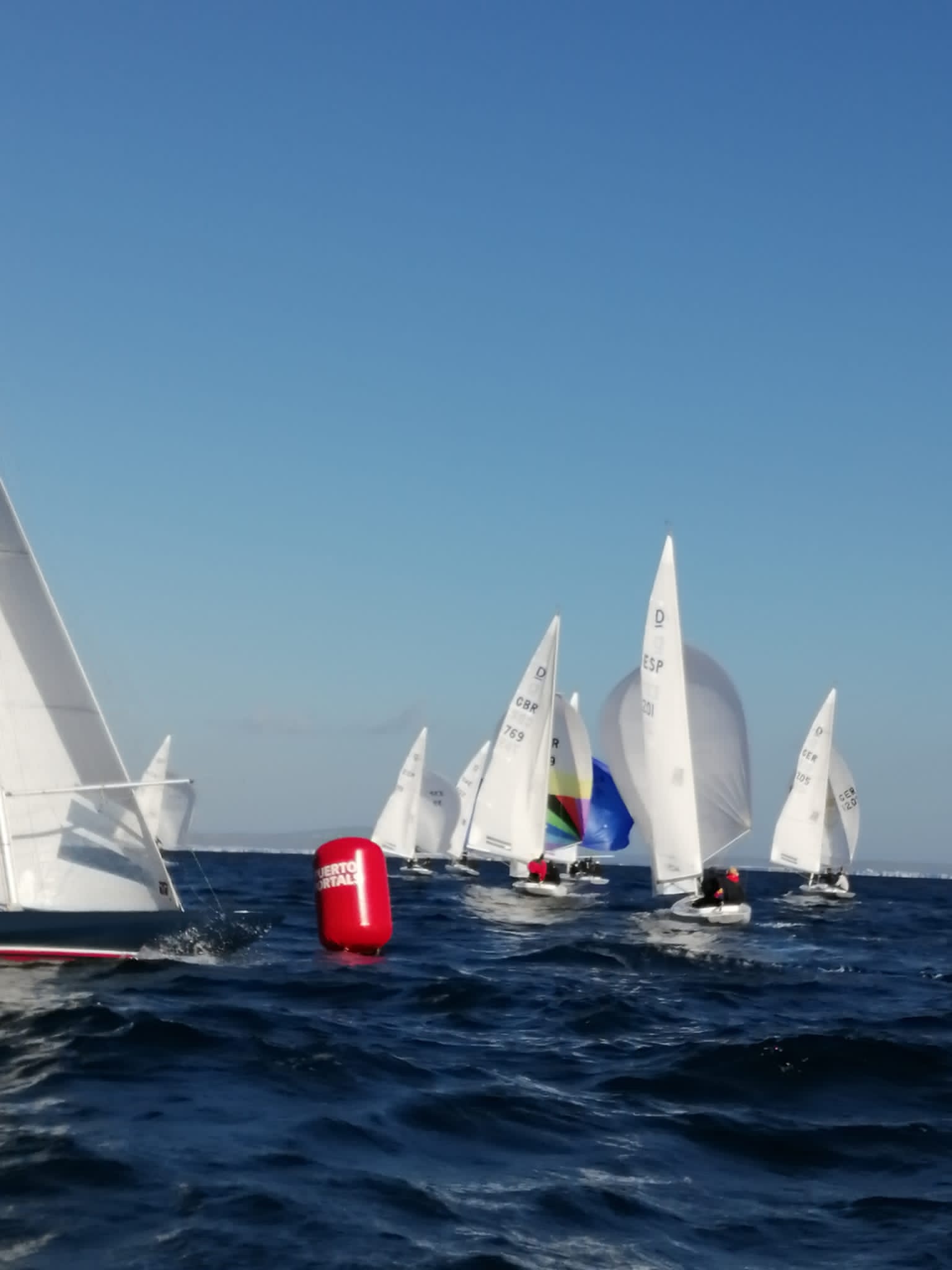 4 races were completed on Friday & Saturday in 10 to 14kts of shifting winds, before a 5th and final race with gusts up to 25kts, on Sunday. After a total of 5 races (with 1 discard) the winning team counting 1,1,1,2, was ESP 28 “Mister Nova” helmed by Jorge Forteza, crewed by Joan Freixas Pages and Juan Mut Pujalte. This superb performance by Jorge and his well drilled team also gave them overall victory for all Three winter series. Interestingly, Jorge is using sails made by Portuguese Sailmaker Pedro Pires de Lima, based in Porto. Pedro told me “We have been making Dragon Sails since the 1990’s but two years ago we decided to invest in the class to produce top level sails. We have been testing a lot in Palma helped by Juan Company (ESP 80) and to make sure the improvements worked we manufactured 9 different Genoa’s, 5 different Mainsails and 6 different Spinnakers! Hard work always pays….  that’s our motto”.  Well Pedro, you are now seeing the results of your hard work and progress in the class, it’s always good to have new idea’s from a different Sailmaker and we look forward to seeing how your sails perform at the European Championship in April, good luck for the future. 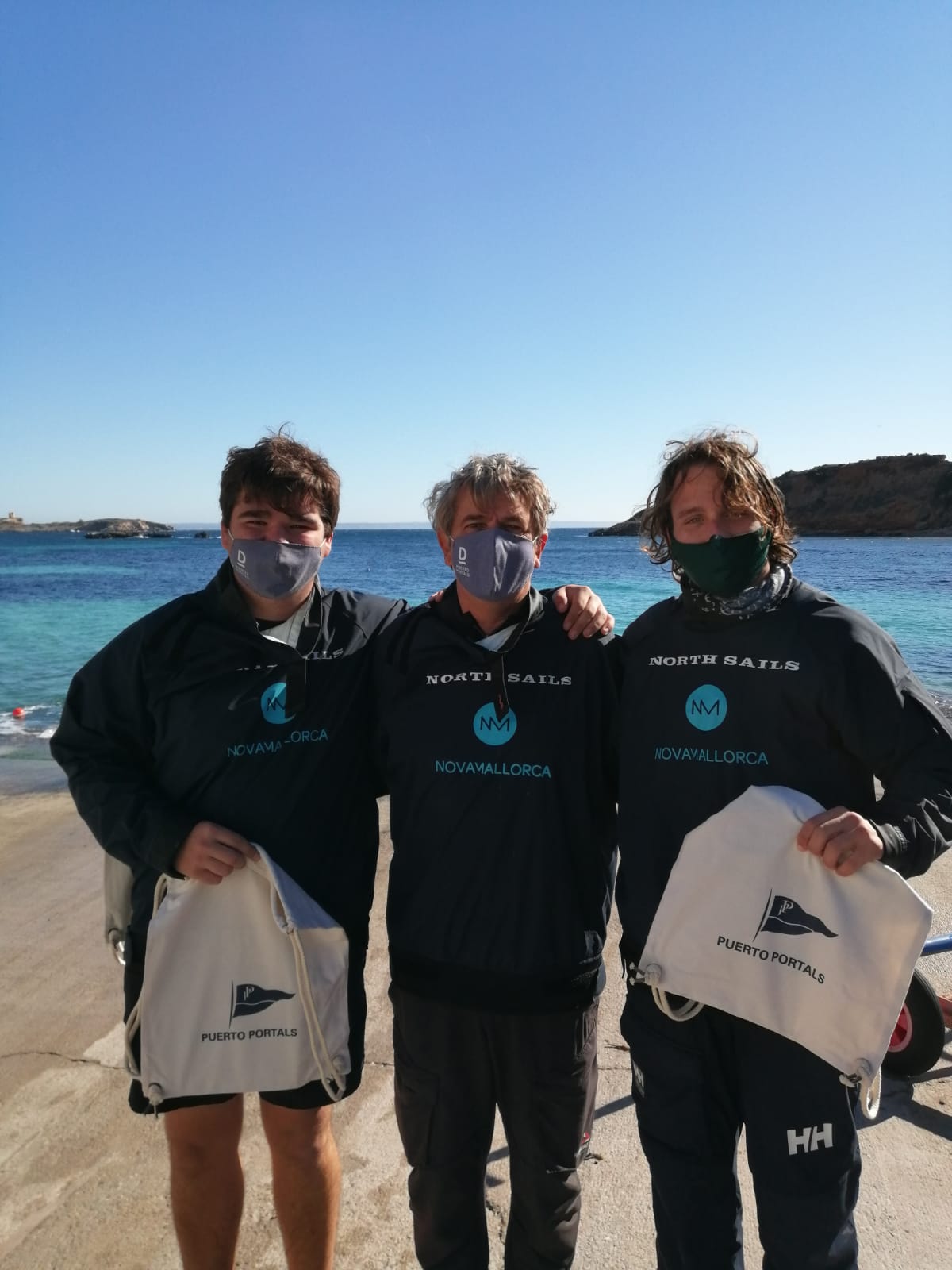 In 2nd place for this winter series and indeed also 2nd overall for all three series was SWE 402 “Galant” helmed by Jan Strombeck, crewed by Charles Nankin & Carl Strombeck. Jan and his team have sailed well throughout the series and had to endure many difficult and time consuming journey’s and quarantining to fulfil restrictions when crossing into different countries. But as they say, where there is a will, there is a way. 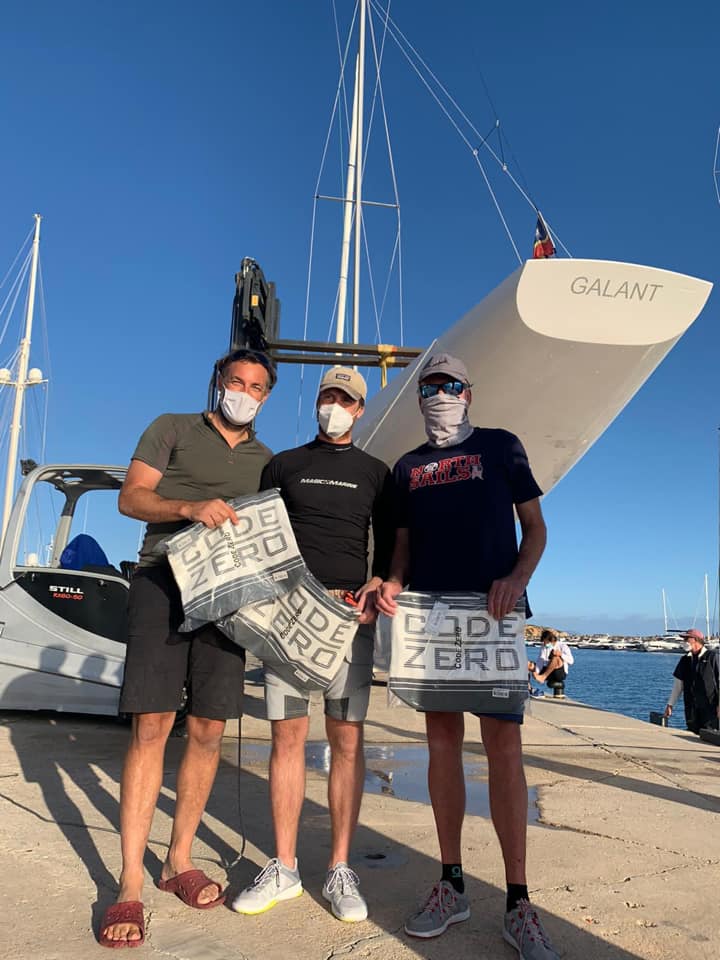 In 3rd place in this series and 3rd overall was GER 1205 “Meerblick” helmed by Otto Pohlmann, crewed by Kent Dalsbo & Joachim Guldbech. Otto and his team particularly enjoyed the heavy air race on the final day. He and his team have been keeping safe in Mallorca during the pandemic. 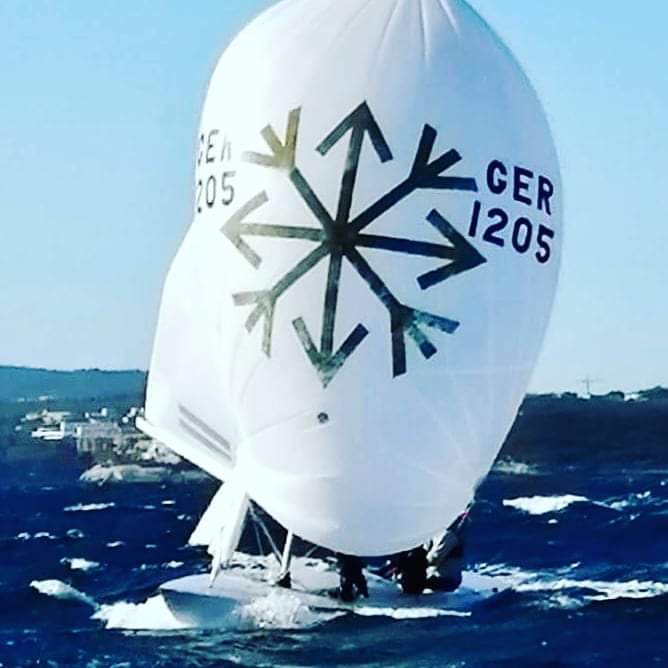 Spanish Fleet Captain Carlos Carbajal continued “I would like to congratulate Jorge Forteza and his team for their great sailing, they clearly had an edge over the rest of the fleet. It’s great to see the success of the local sailors, we will see more of Jorge in the upcoming events”.

Another new team on the race course was Tovar Mirsky, better known for his skills on the World Match Racing Tour. Sailing “Bear” for the first time, Torvar and his team of Oisin John Eirennach & Maxwell Phillip soon got the hang of racing a Dragon and counted 4,5,6,4, to finish 4th overall in this series. For sure this will be a team to look out for in the future….

In closing I would like to thank Puerto Portals for their efforts to keep Dragon Racing alive during the winter and we all hope more sailors can join in the fun over the coming months. With the Vaccine being distributed all over Europe we keep our fingers crossed things will gradually return to some sort of normality.