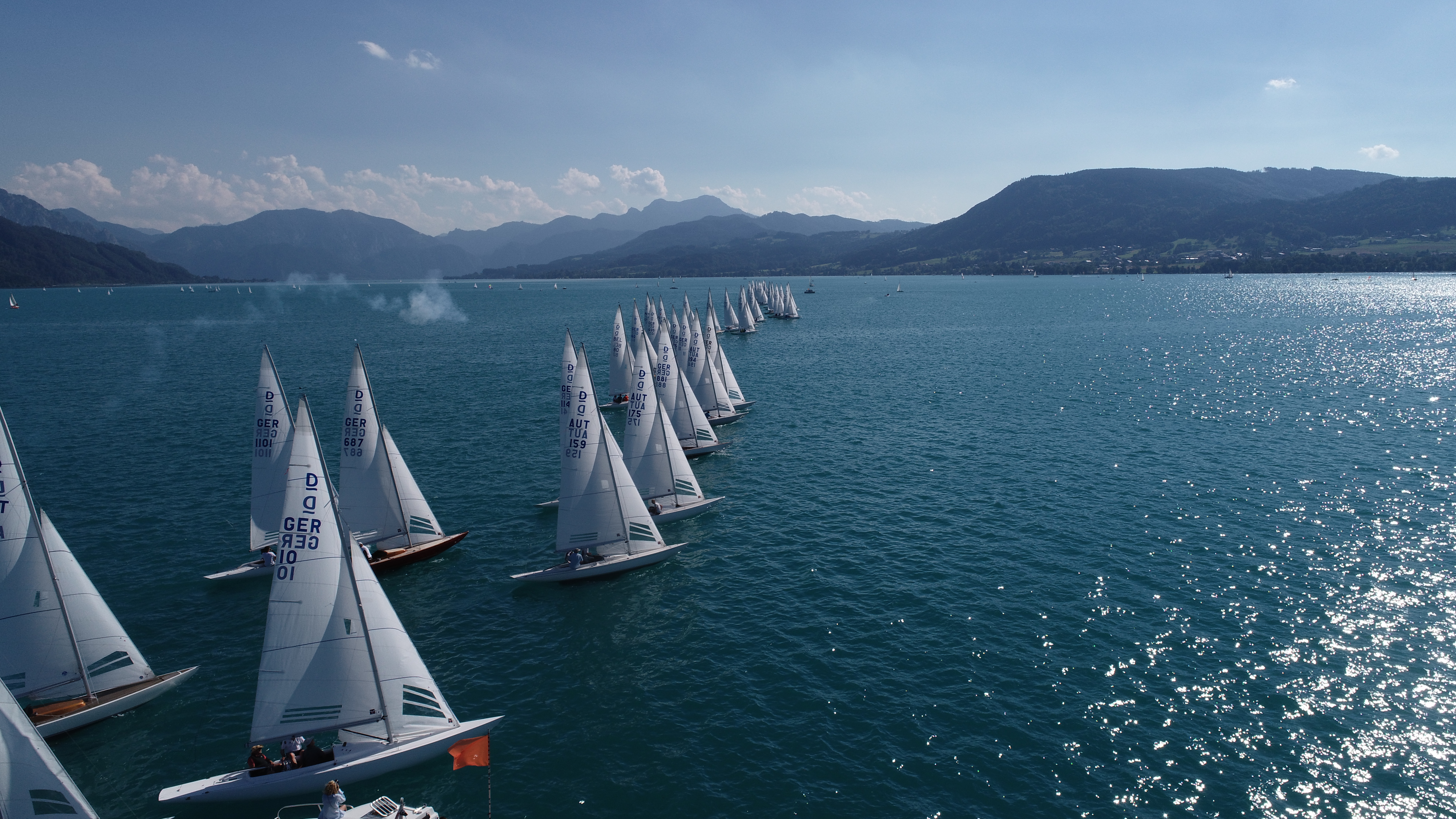 Lovely Conditions at the Austrian Championships.

The International Austrian Championships was organised by the Union-Yacht-Club Attersee. While remaining very aware of the special circumstances caused by the Corona Virus, the club made sailing possible with given limitations. To follow security measures and social distance rules in the club, the entry was limited to 45 boats. 26 crews from Germany, 2 teams from Switzerland and 17 Austrian boats participated. Unfortunately, due to stable high pressure and very light winds, only one race was completed during the first three days. 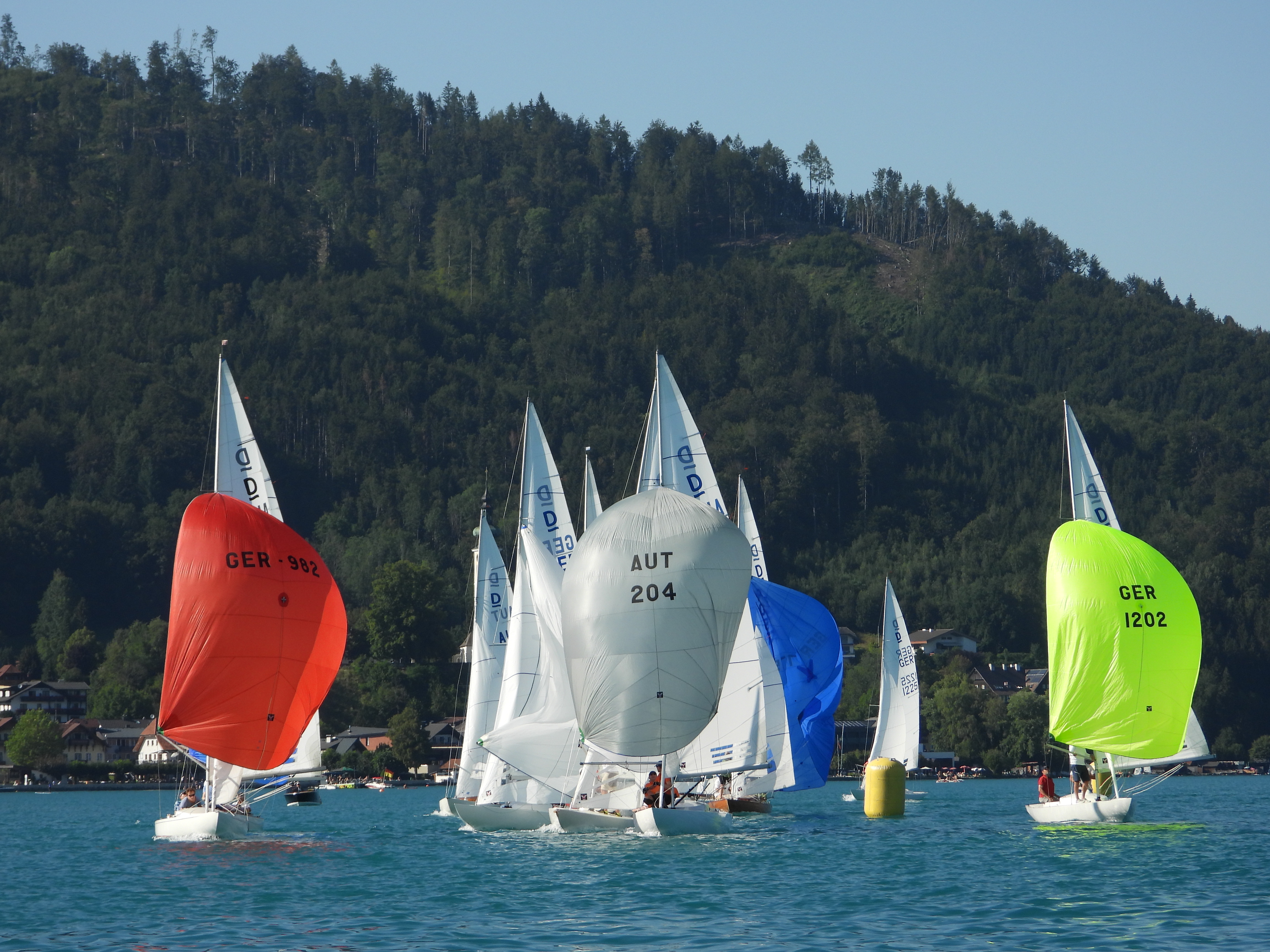 The first race completed on Friday was won by GER 1135 Philipp Ocker sailing with Constance Ocker and Oliver David. 2nd was GER 77 Ingo Ehrlicher, crewed by Malte Philipp and Thomas Auracher, whilst 3rd was GER 1038 Matthias Glas, Manuel Hauptmann & Benedikt Binder. The highest placed Austrian team was AUT 159 Karl Holzner, with Rudolf Mayer & Rudolf Holler who finished in 8th place. Saturday saw no wind so teams took to the beach to relax whilst the Club Restaurant had a great day! 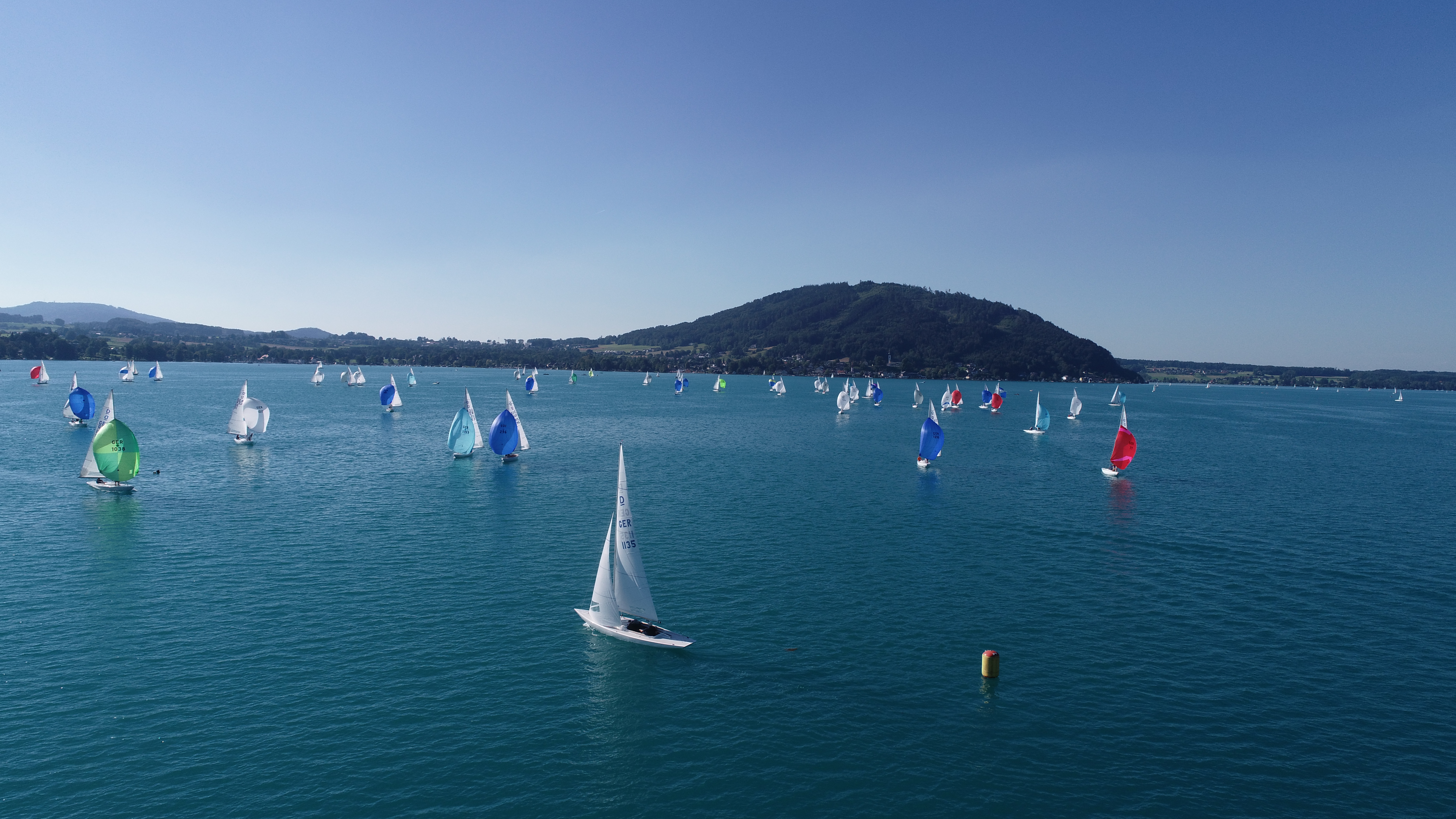 Another super photo from Sophie and Gert Schmidleitner & Ernst Brandstetter.

On Sunday with rain and westerly winds two more races could be sailed, but with only 3 races in total completed and 4 races necessary for the Austrian Championship the title was postponed until next year. However, the winning team of the 3 race series was GER 1216 Benedikt Gach with Florian Abele and Jonas Nissen. Benedikt won the “Big Race” at the 90th Anniversary last year in San Remo so is no stranger to winning ways, many congratulations. 2nd overall was GER 1038 Matthias Glas with Manuel Hauptmann & Benedikt Binder and 3rd place was GER 1153 Peter Froschl crewed by Nikolaus Stoll & Christian Barth. 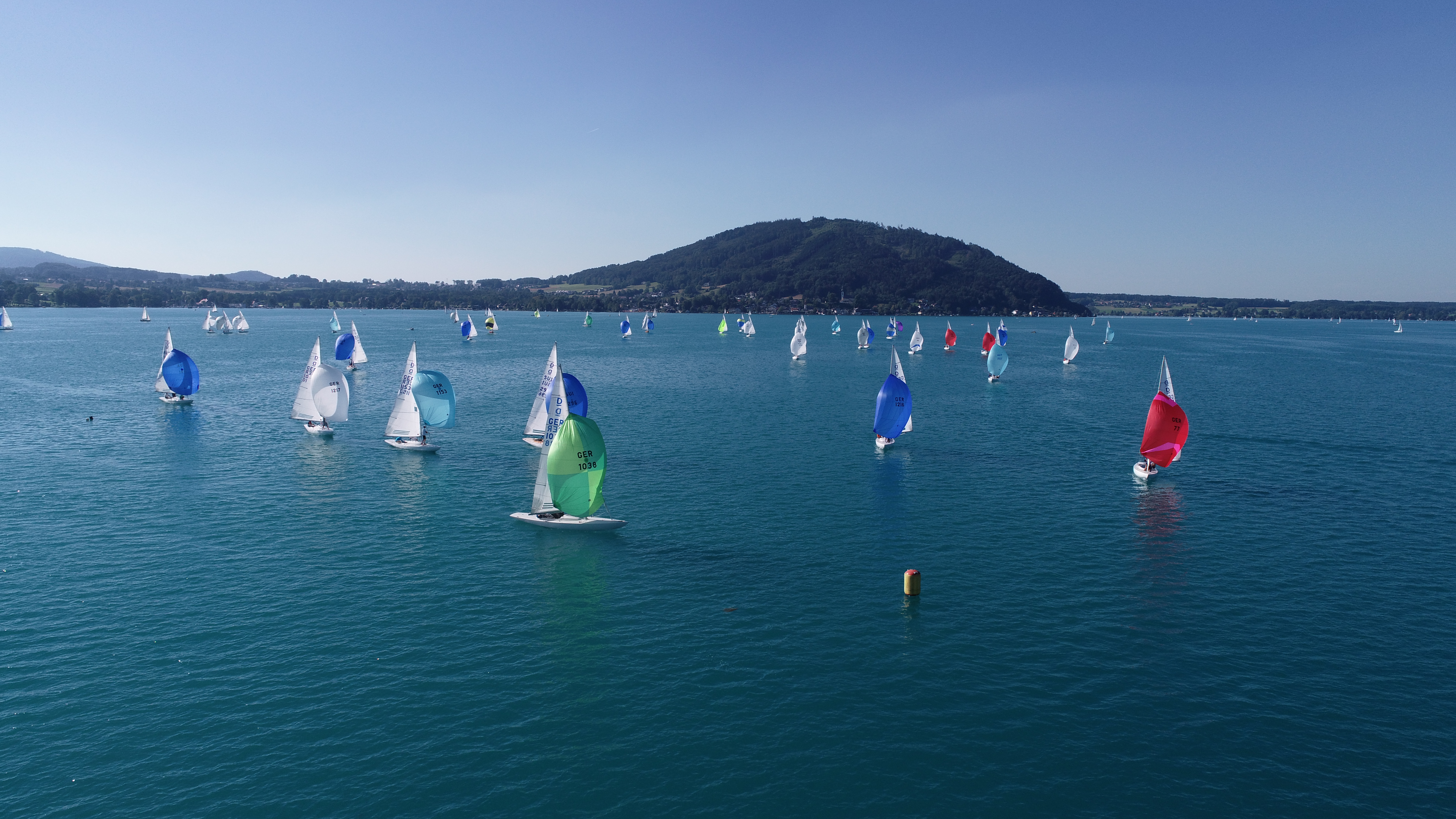 Patience was needed during the Austrian Championships at Attersee.