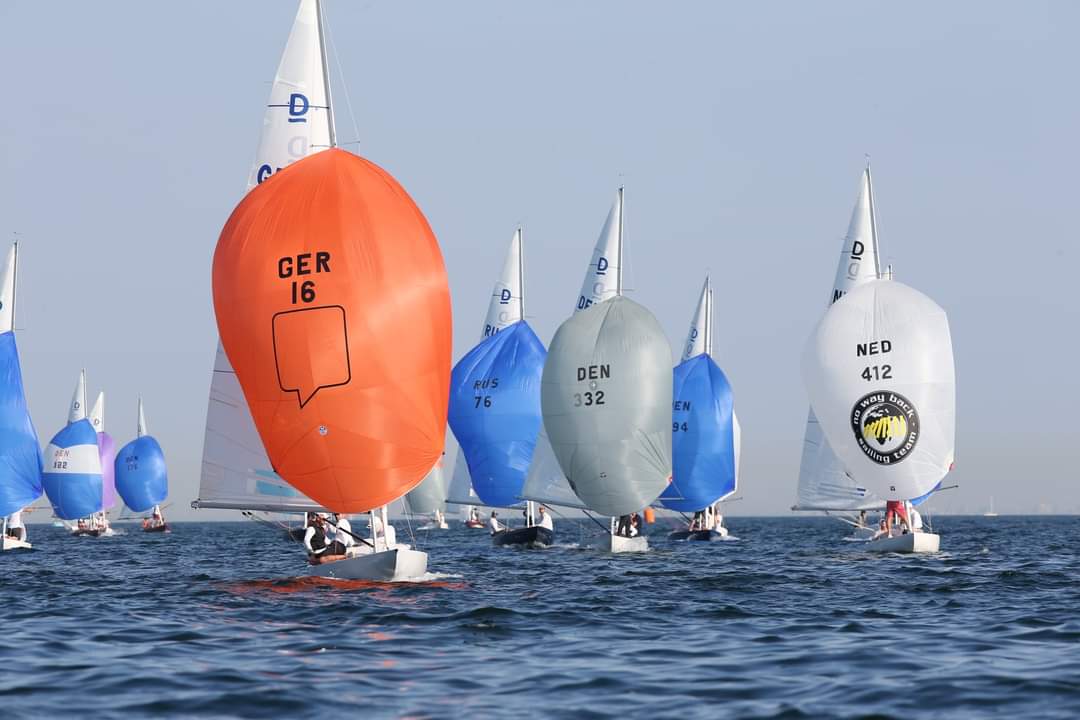 18 teams took part in the Danish National Championships organised by the Hellerup Sailing Club last weekend 14th to 16th August. Despite the high pressure and light winds 5 races were completed over the 3 days. With no racing possible on the opening day the fleet were also kept ashore on the 2nd day until the breeze arrived in the afternoon. Even though the sailing began around 3pm a total of 4 races were completed before sunset, so that a valid Championship was guaranteed. 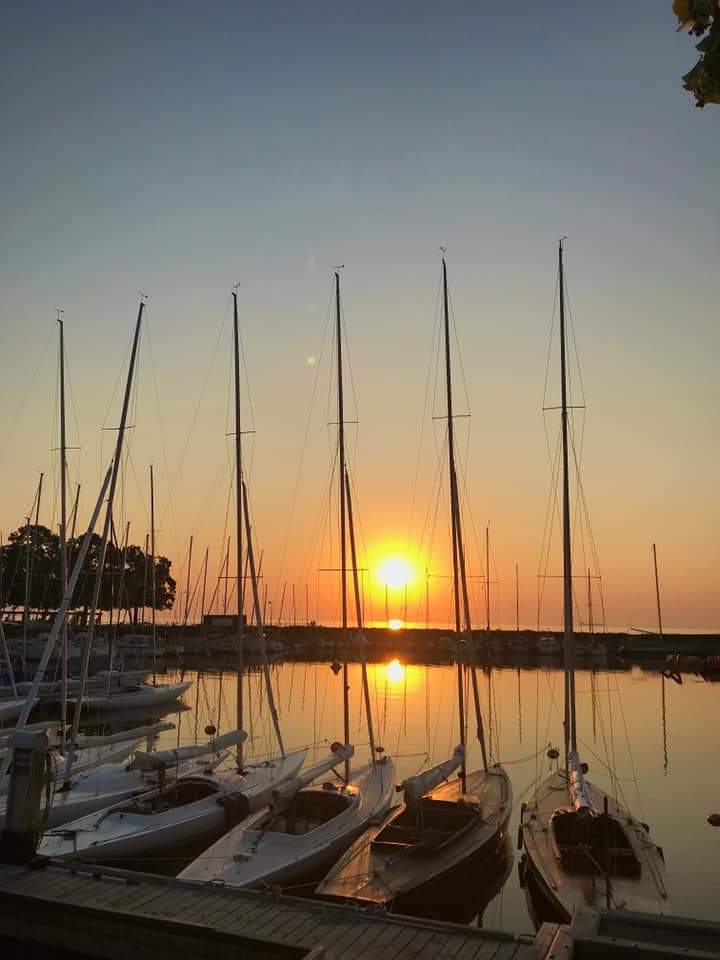 Race 1 and 2 were won by GER 16 helmed by Dirk Pramann, crewed by Markus Koy and Michael Koch, whilst the 3rd race victor was Dmitry Samokhin helming a loaned boat from Lars Hendriksen “Eva”. Dmitry used his own RUS 76 sails with crew Kasper Harsberg & Andrey Kirilyuk and also took the initiative to join the Hellerup Sailing Club becoming members before the event. As the wind began to drop the final race of the day was won by DEN 41 “Out of Bounce” helmed by Jens Christensen, crewed by Anders Bagger & Thomas Schmidt. 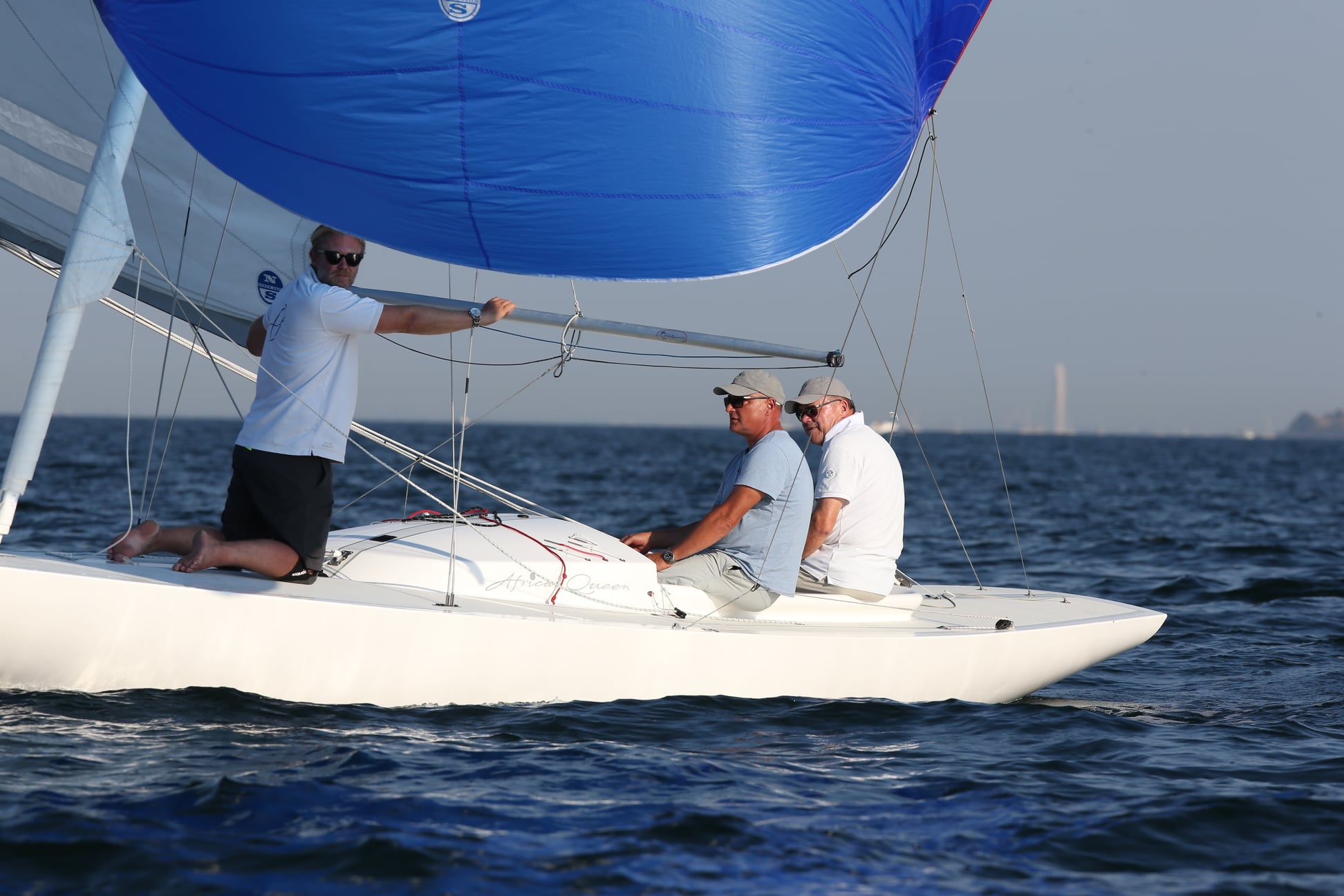 DEN 41 “Out of Bounce” won race 4 of the Danish Nationals.

When the teams returned ashore they enjoyed a nice social evening (respecting the Covid-19 regulations) with a Grill and Beers on the terrace of the Sailing Club in true Danish style. On the final day the wind again did not appear until the afternoon, in fact the 5th and final race was started just 15mins before the cut-off time. With both GER 16 and RUS 76 favourites to take the title it was indeed Dirk Pramann (GER 16) who won the race to clinch his overall victory! Many congratulations to Dirk, Markus and Michael. 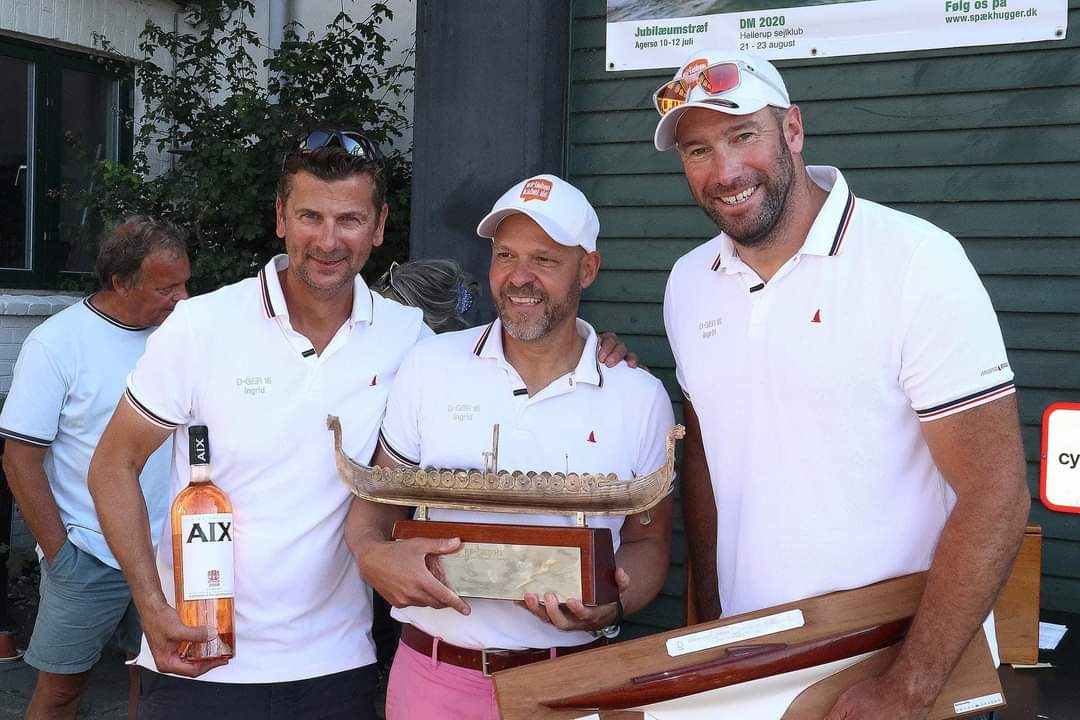 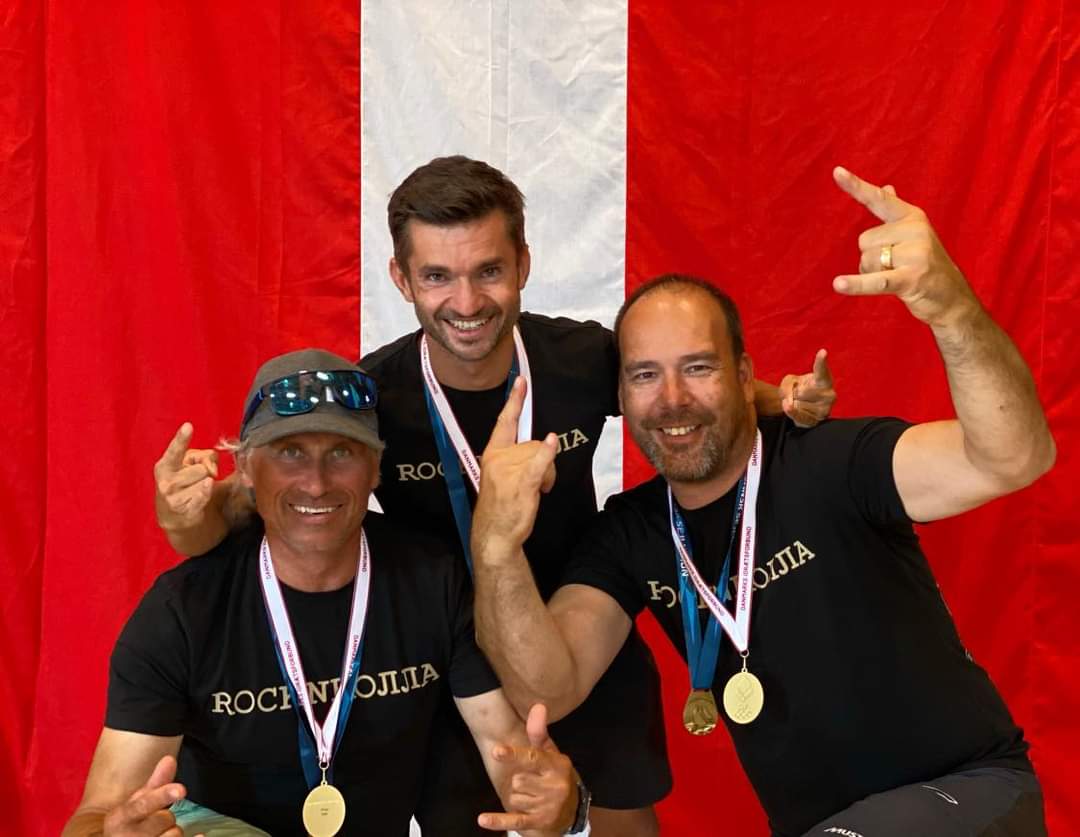 In 3rd place overall and taking the final podium position was DEN 14 Jens Christensen, with Anders Bagger and Thomas Schmidt. This was a very well organised Championship and praise was given to Lars Stenfeldt Hansen for co-ordinating the whole event. Dmitry also thanked Lars Hendriksen for the loan of his beautiful Pedersen & Thuessen “Eva” and of course Hellerup sailing Club for accepting them as new members….