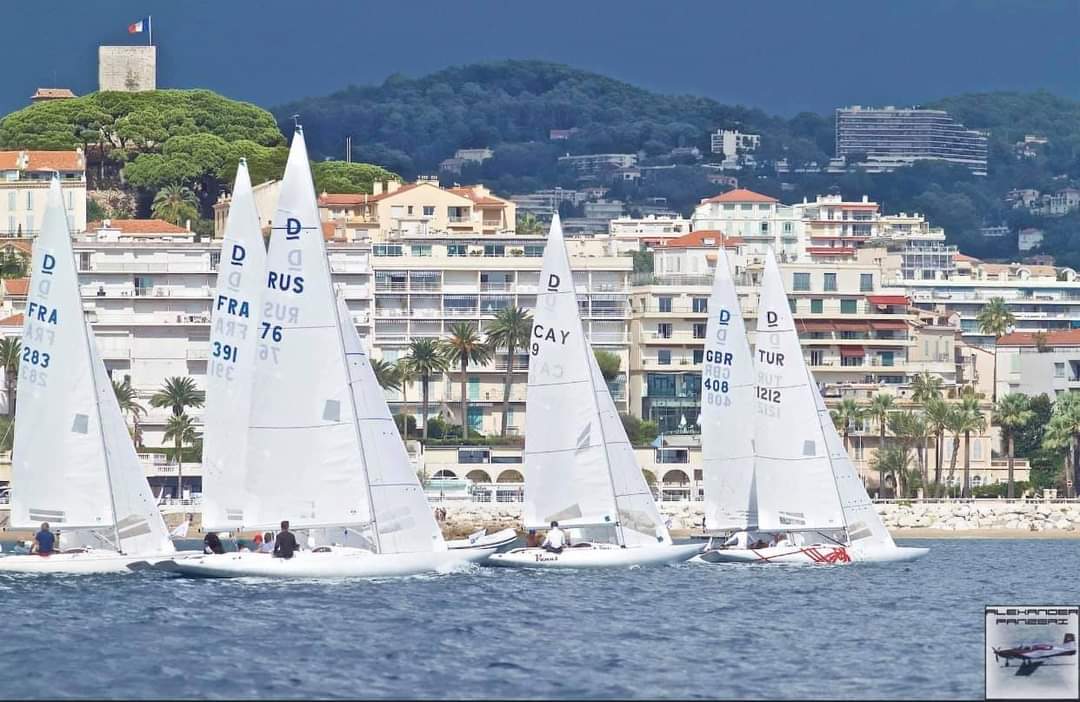 The 2020 Regates Royal took place this week in Cannes with a greatly reduced fleet (14 boats) due to the ongoing Covid-19 pandemic. However, those teams that were able to travel to this beautiful sailing venue enjoyed the mixed range of conditions despite no social program. Yacht Club de Cannes did and excellent job to provide competitors with a safe environment and protected moorings in the Old Port. On the water Race Officer Yvon Poutriquet set some excellent courses with the revolutionary GPS marks. 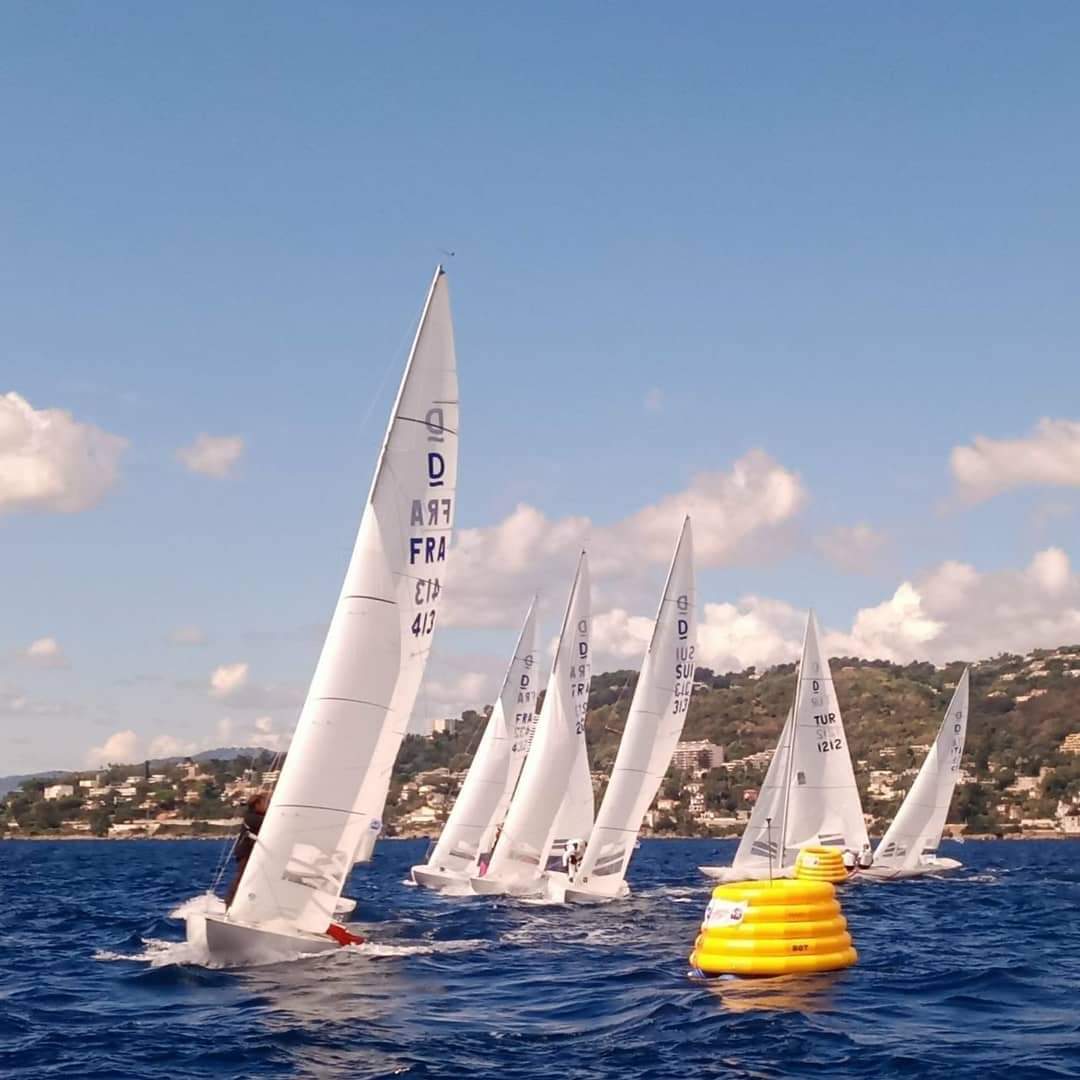 The new GPS marks in Cannes ideal for deep waters.

Although there were only 14 boats the standard was very high, with Double World Champions “Provezza” looking to add another title to their impressive CV.  However, Andy Beadsworth and his team were soon to realise they had a fight on their hands and were not able to cross the line ahead of the fleet until Race 4 of the 5 race series (in which 2 days were sadly lost). In fact after a mix up at the start of race 2 the Double World Champions found themselves rounding the top mark in an uncustomary last place, as a good friend of mine once said “They cleared the Fleet from behind” 🙂 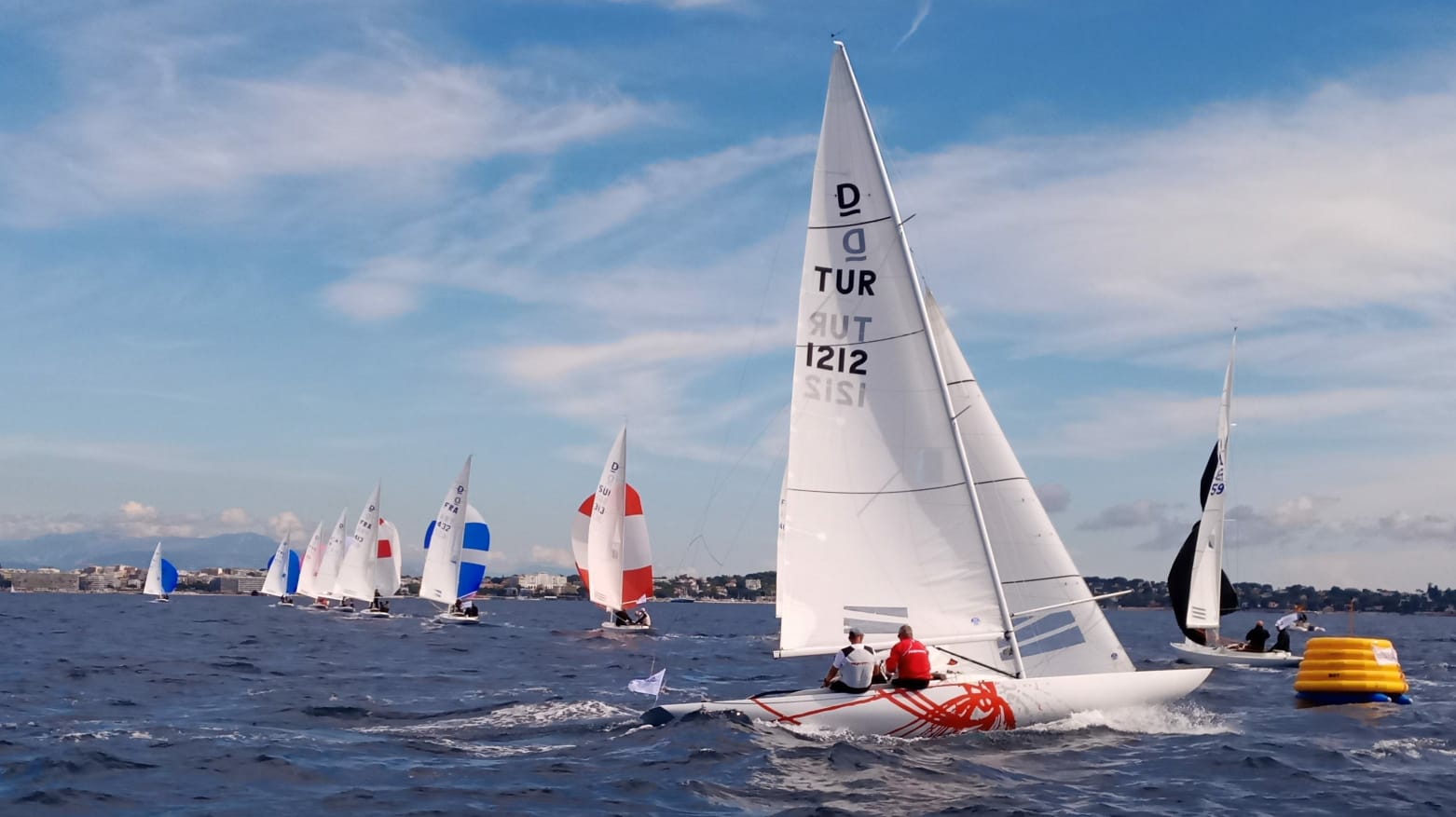 Not something you see every day, TUR 1212 trailing the fleet.

Dirk Oldenburg helming SUI 313 sailed a great first race to win the only completed race on the opening day due to a dying breeze. Then on the second day (Tuesday) the expected wind failed to arrive so racing was abandoned for the day. On day 3 (Wednesday) the Cannes we all know and love provided perfect conditions with wind and sun, this enabled 3 races to be completed and the team that won the day with two 1st places and a 5th was Dmitry Samokhin helming RUS 76 crewed by Kasper Harsberg and Andrey Kirilyuk. Meanwhile TUR 1212, who had finished 2nd behind Dirk in race 1, recovered to 9th in race 2, were 4th in race 3 and then took their only bullet of the week in race 4. So Dmitry and his top team returned to the Old Port happy with their days sailing knowing they were now tied with TUR 1212 for the overall lead.

On Thursday the conditions were quite colourful with overcast skies and mixed wind gusts… Dmitry Samokhin told me “Conditions were everything from Zero to very strong winds and in a fleet of 14 boats every point counted like 5 in a larger fleet. The last race turned out to be like a medal race as TUR 1212 and GBR 408 (who got redress for an incident in race 2) were all on similar points. We managed to keep the lead and win race 5 and that was it because a very strong front came in (with whirlwinds also) so we were sent ashore”.  With no more racing possible due to a mistral forecast the final day was cancelled. 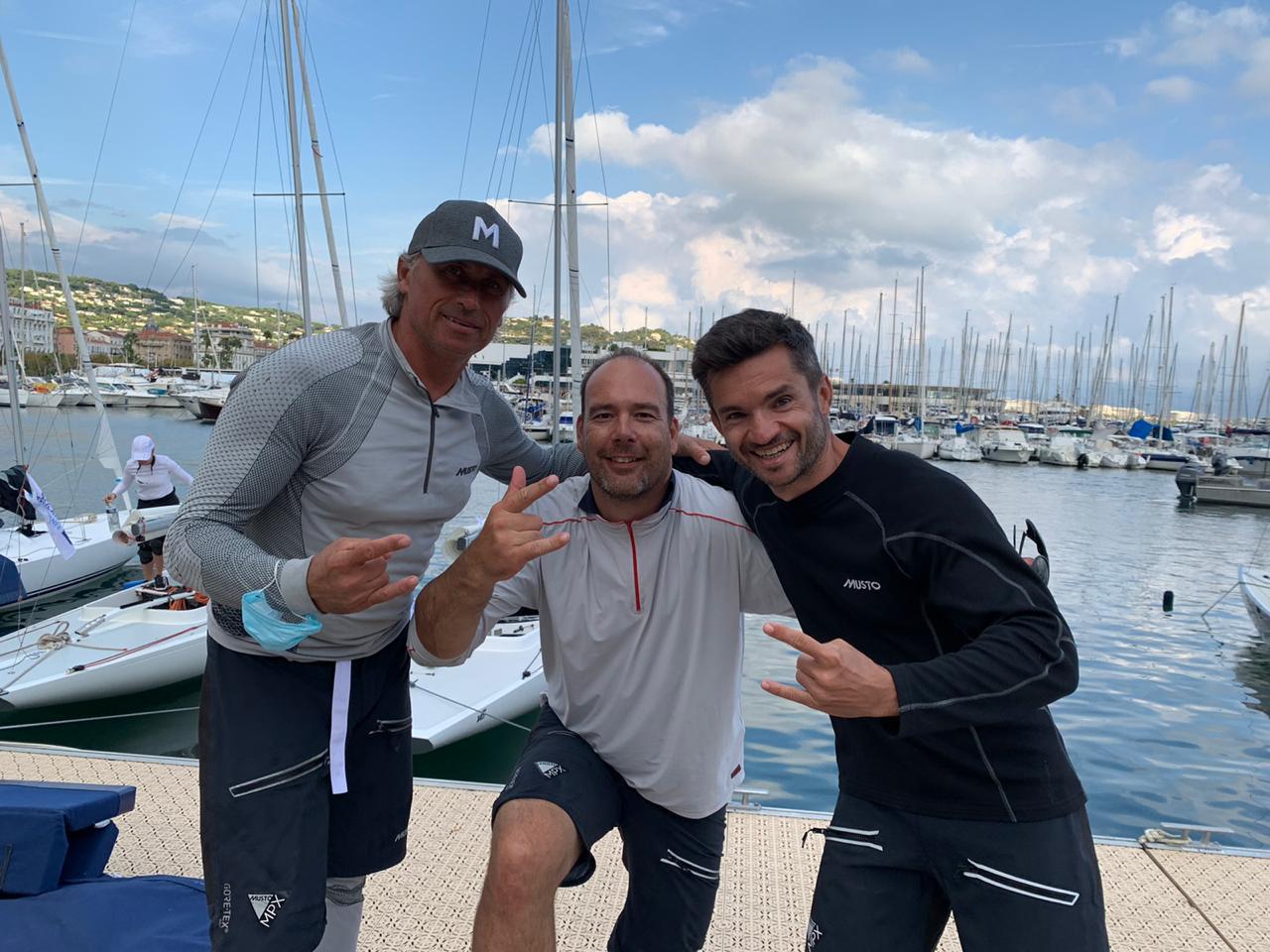 Winning Helm Dmitry finished by saying “Both Andrey and Kasper did a great job in these ever changing times. We are all grateful for these rare chances to participate in sailing competitions and of course we are very proud to win such a beautiful and well established event as the Regates Royal”.

When I congratulated Dmitry we discussed how Covid will be around for a long time and we as sailors must learn to adapt and live with these difficult conditions, to which Dmitry said “Well we learned how to live with Phil Collins singing, so we are prepared for anything” ! There is indeed simply no answer to that.. 🙂

Many thanks to Gerard, Karine and all the helpers & volunteer’s of the Yacht Club de Cannes. Let’s look forward to many more regatta’s in the future in safer times…