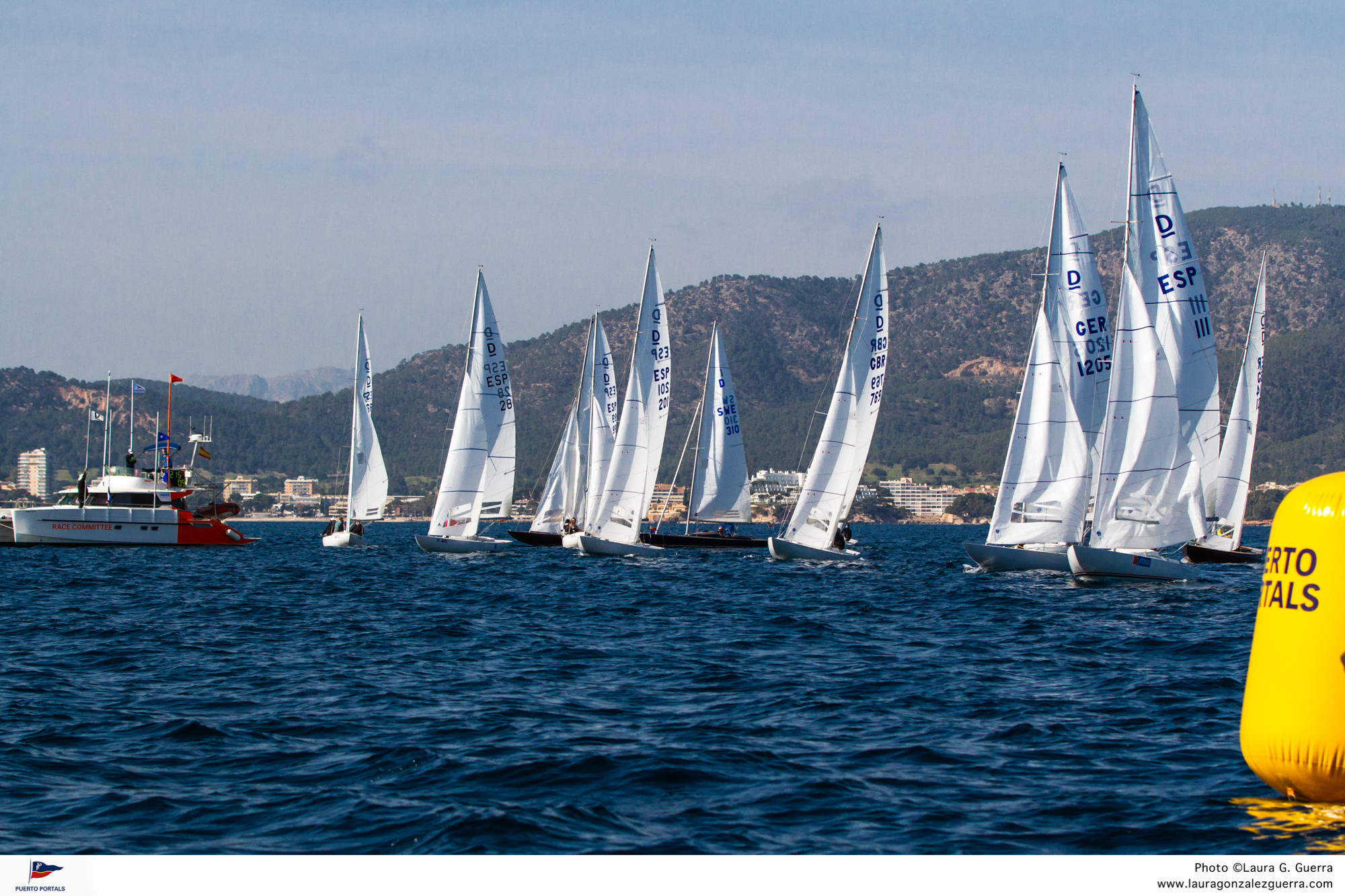 Preparing to Start in Puerto Portals.

The IV Mediterranean Cup was held in the colourful bay of Palma organised by the Club de Regatas Puerto Portals between Feb 26th – 28th. 11 teams participated in glorious sailing conditions which allowed for 2 races per day, in a steady 10 to 12 kts of wind and sunny skies. Spanish Fleet Captain Carlos Carbajal told me “Despite the unfortunate cancellation of the Europeans, Puerto Portals has proven it’s a great venue on the Dragon circuit and it’s here to stay. Our experienced Race Committee delivered 6 quality races and I don’t think we could have asked for more. We will be welcoming more Dragons for the next winter series”. 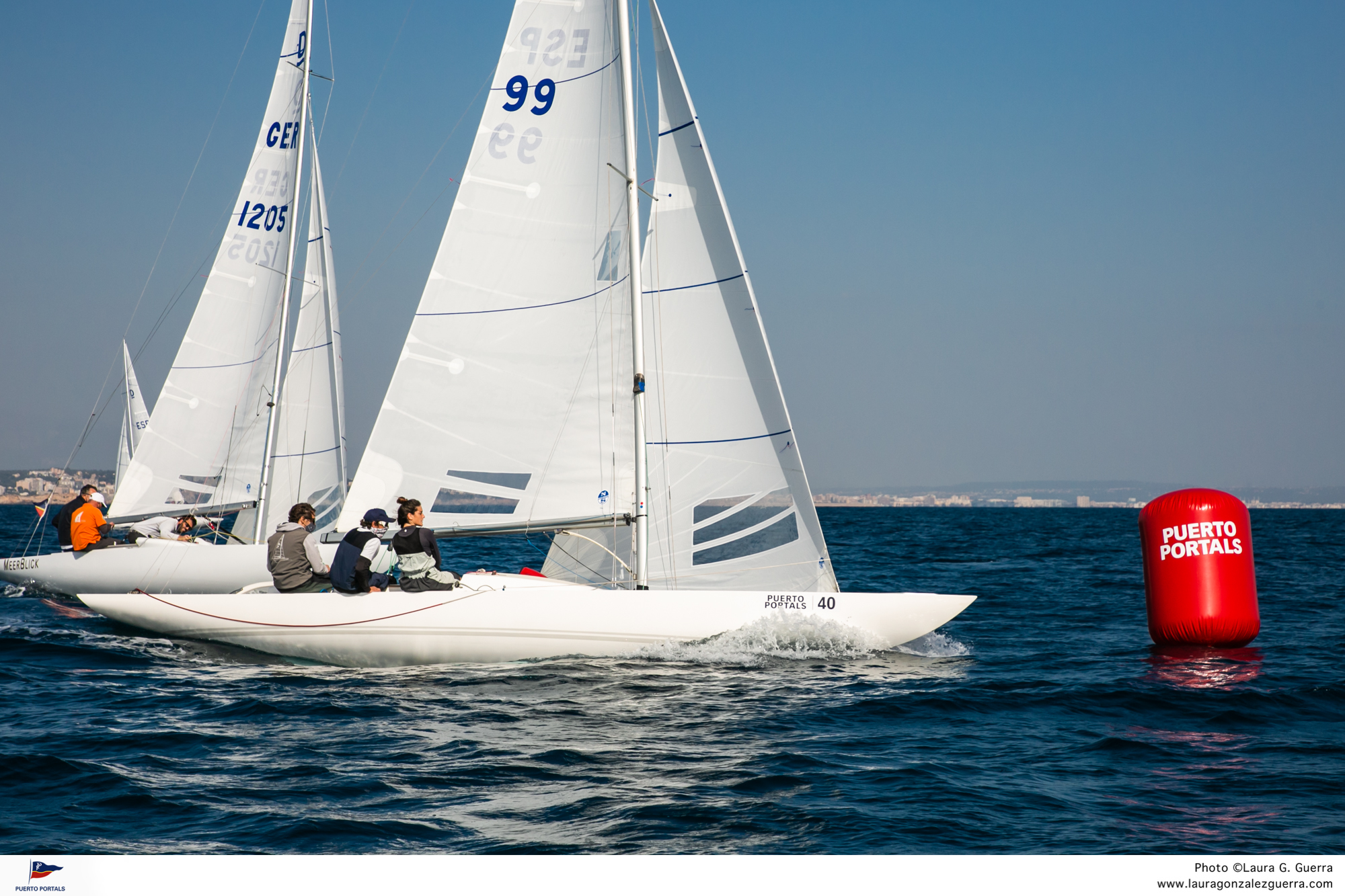 The Dragon is always attracting new sailors into the class and one of those teams led by Torvar Mirsky has certainly made a good impression during this, his second Dragon regatta. Torvar helming GBR 789 “Bear” told me “We got a very good (lucky) start in the second race and managed to hold onto our lead. It was a lovely weekend of racing and it was great to get the Bear fired up”. 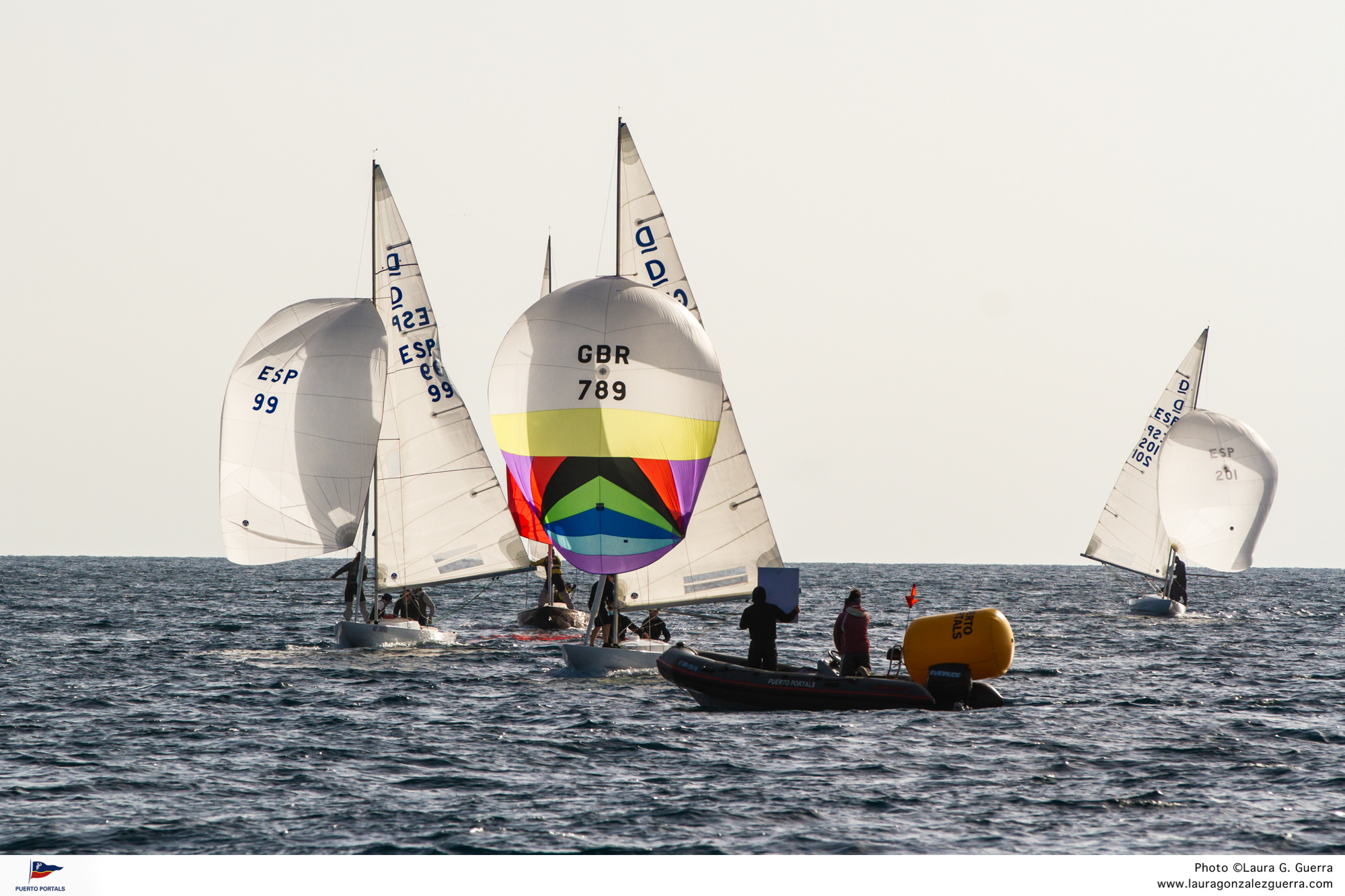 On the second day of racing there were two different race winners with ESP 71 “Gunter” helmed by Javier Scherk winning race 3 and ESP 28 “Mr Nova’ helmed by Jorge Forteza taking the line honours in race 4. Back ashore the Puerto Portals director Alvaro Irala, said he was very satisfied with the Dragon Class season in Mallorca. “Despite this years difficulties our entire team has worked hard to be able to carry out these competitions, which have also been well received by the teams. Last season we gathered 54 boats in competition and although this year has been hit by the pandemic, we still work with the same passion. For next season we will keep our regatta calendar and offer top quality racing”. Many thanks Alvaro, you and your fantastic team are doing a great job. 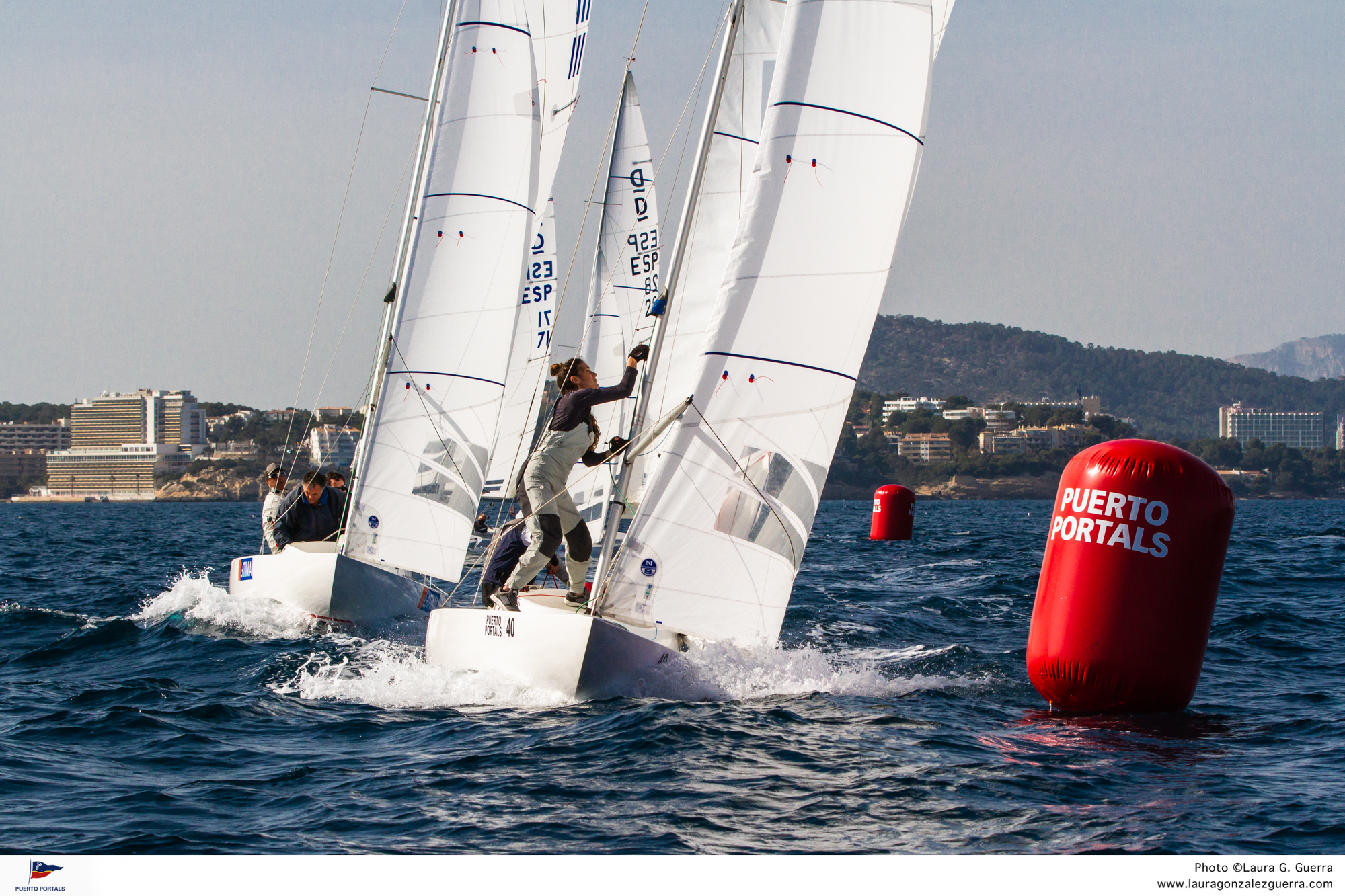 It’s close racing on the “Dog-Leg” in Puerto Portals.

On the last day of competition there were 4 boats that could still lift the Copa del Mediterraneo, but cometh the hour, cometh the man, and that proved to be the German team led by Otto Pohlmann in GER 1205  “Meerblick”. Otto and his team of Kent Dalsbo Jorgensen and Manuel Almedia battled hard to win both race 5 and race 6. This was a good reward for Otto who continues to improve and works hard to support the Dragon Fleet in Mallorca. 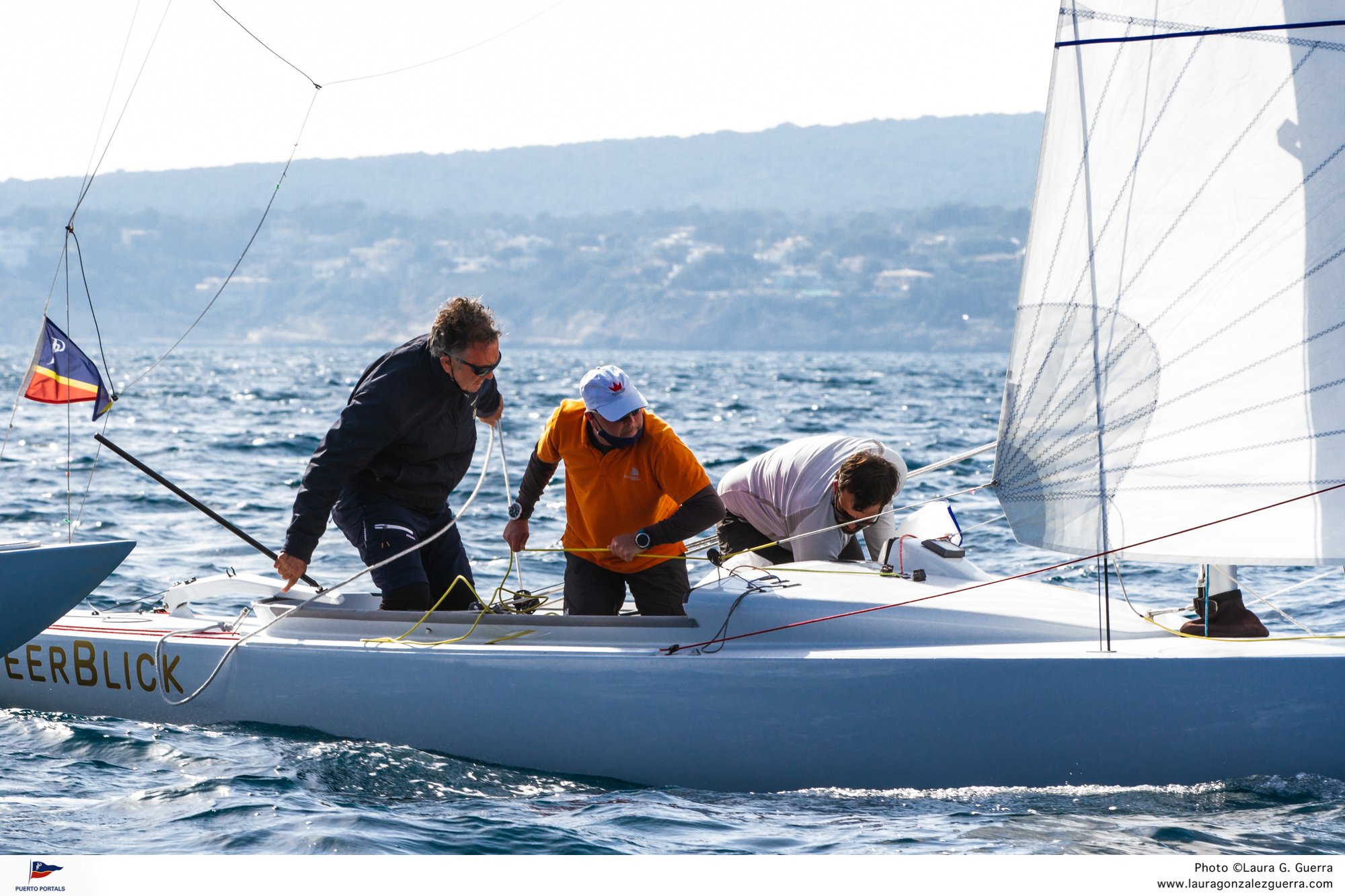 Otto said at the prize giving “Many thanks to Puerto Portals for organising both the Mediterranean Cup and the Winter Series. Puerto Portals really know what they are doing and it is good to have so many Dragons here”. Otto also told me that they are hoping to have more teams join them next time as Puerto Portals will hold other events to replace the cancelled European Championships. His crew Manuel Almeida wants to encourage sailors to travel to Palma (only if the pandemic rules allow) and join in the Euro replacement regatta’s… Manuel can be contacted at   m.almeidacarbonell@gmail.com. 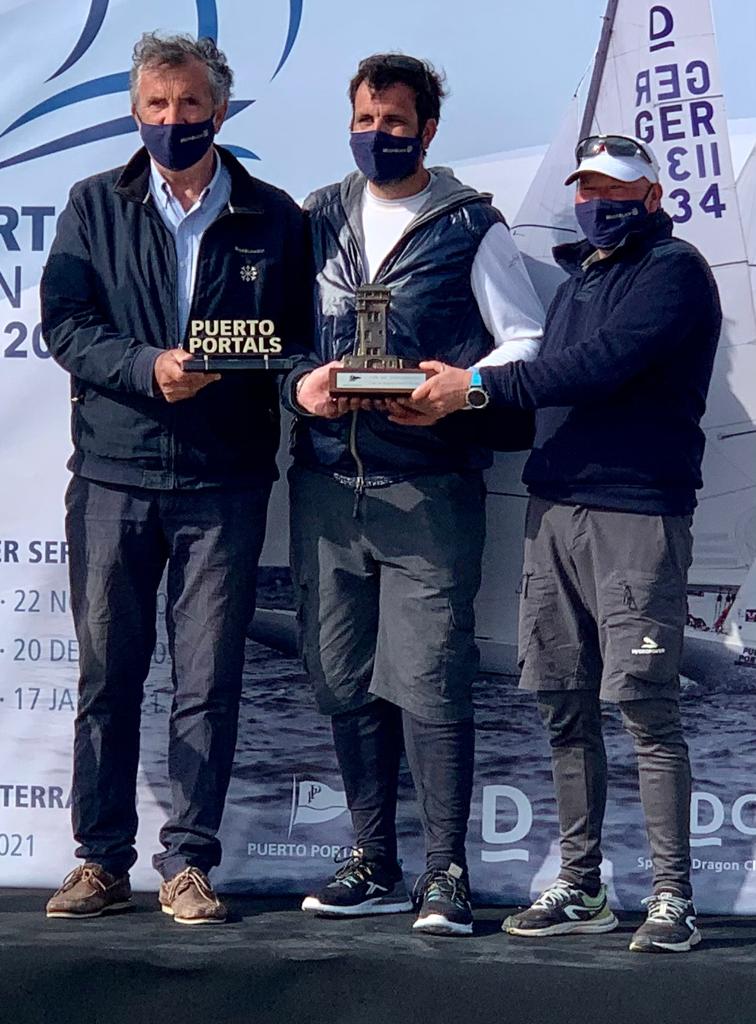