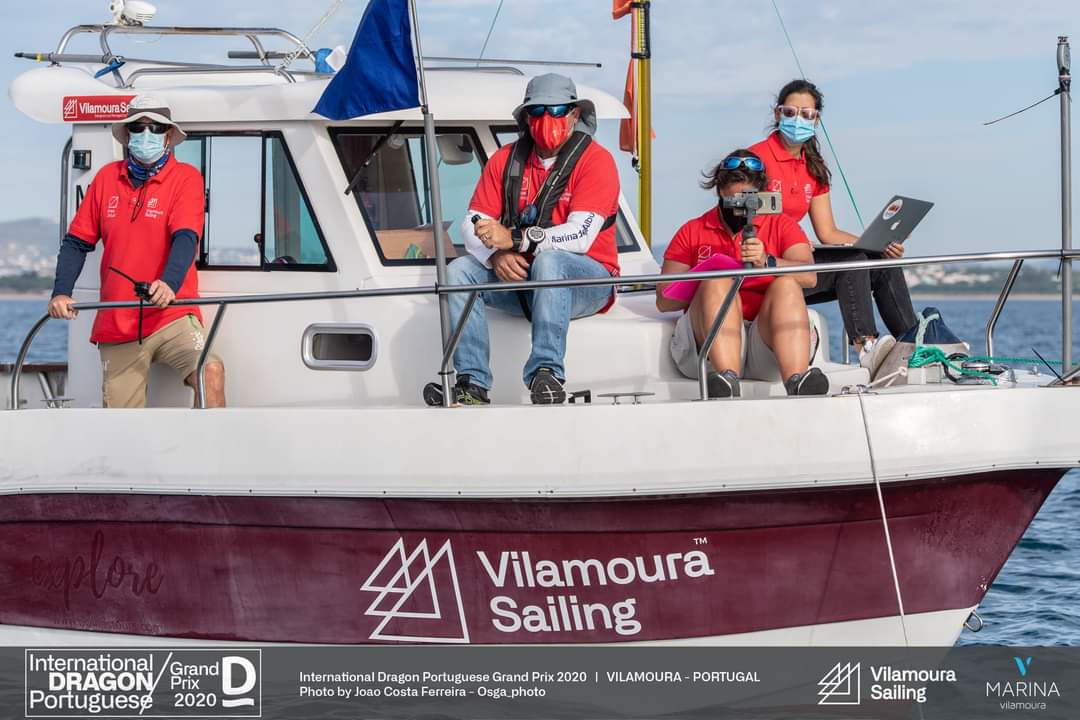 Nino Shmueli and Team in Vilamoura.

Due to the world wide pandemic the only IDA Grade 1 event of 2020 began today on the Portuguese Algarve, with a fleet of 14 boats in light wind conditions. Whilst the rest of Europe baton down the hatches for yet another Lockdown, 14 lucky Dragon teams enjoyed the sunshine a safe sailing conditions provided by Vilamoura Sailing organised by Nuno Reis. It’s such a shame so many Dragon sailors were unable to join in the fun, but 2020 will be remembered as the Covid Year and we all hope for a better 2021…. 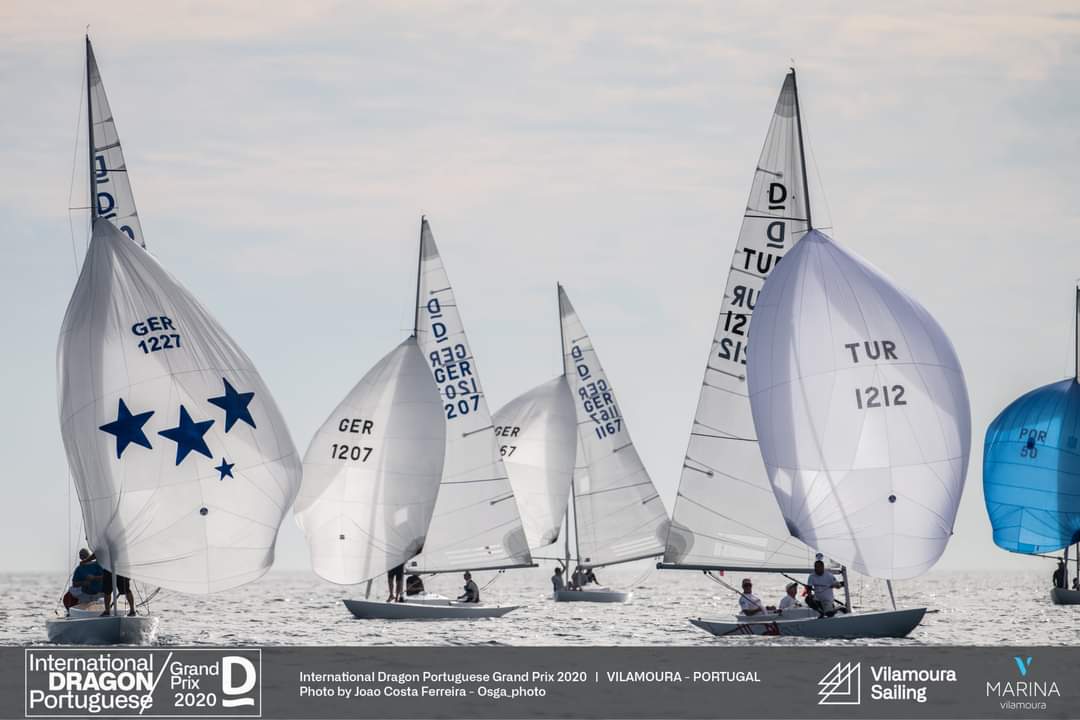 With the wind around 210 degrees just one boat crossed the line early (FRA 428) and had to return to start, the rest of the fleet were clear and progressed slowly upwind in extremely light conditions. RUS 76 tacked to the right shortly after the start and only came back just below layline. GER 1227 (Wolfgang Bays) was in great shape at the top mark and led the fleet followed by TUR 1212 (Andy Beadsworth) and RUS 76 (Dmitry Samokhin) in 3rd place. 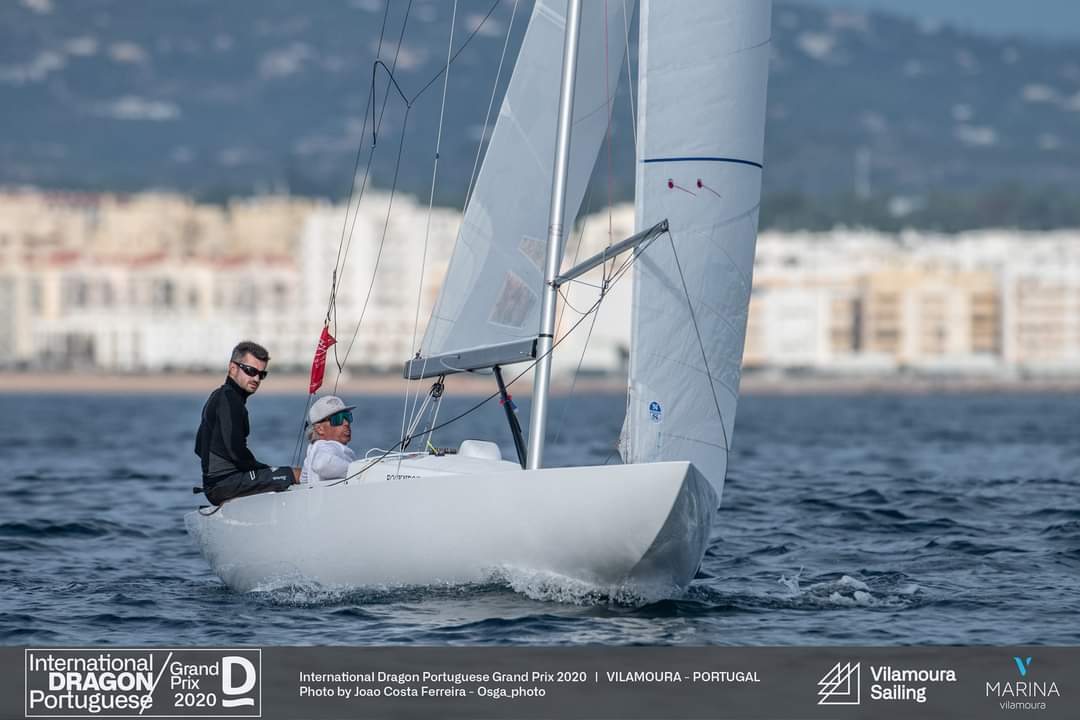 On the downwind leg it was super light and RUS 76 rounded the left-hand gate just in front of TUR 1212, which meant TUR 1212 had to tack away to avoid bad air, so RUS 76 continued on port tack. The rest of the fleet rounded the gate 50/50 but during the second upwind there was a big right hand shift which obviously benefited the boats who had chosen the left gate and right side of the course, this caused others to lose places in particular TUR 1212 and GER 1227, such is sailing…. 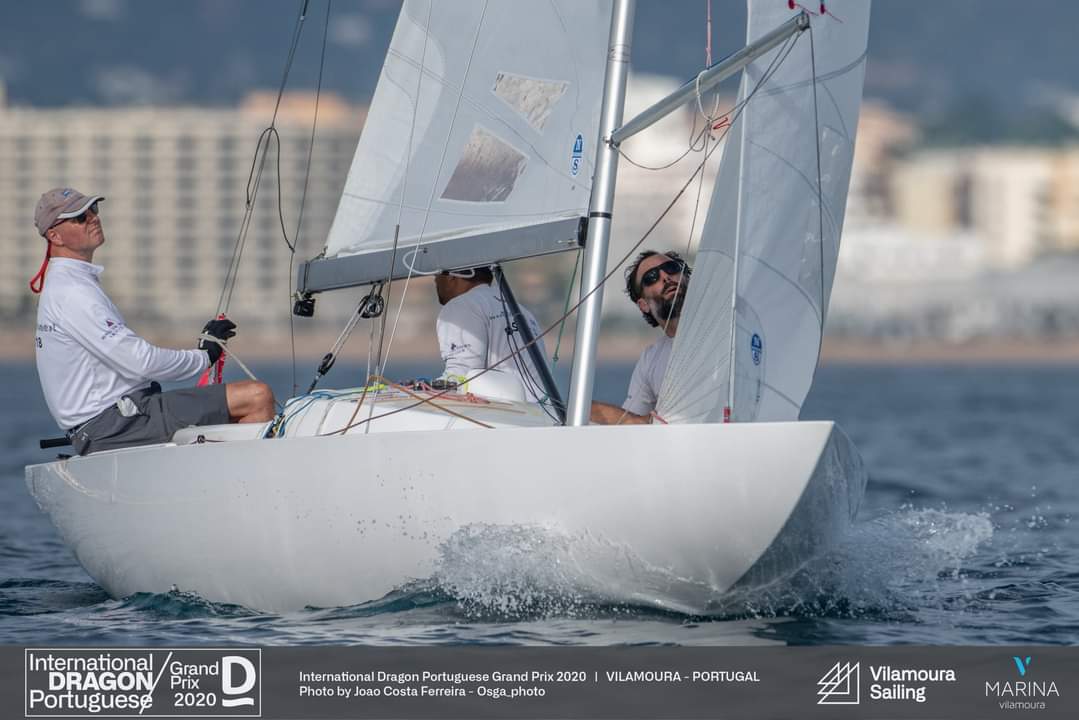 Two of the boats to benefit from the right shift were SUI 318 Wolf Waschkuhn and SUI 311 “Sophie Racing”  so perhaps we should call it a Swiss Shift 🙂 Either way as the fleet were sailing course 1 (2 upwind and 2 downwind) the race finished at the gate second time down, so no chance for the others to catch up. 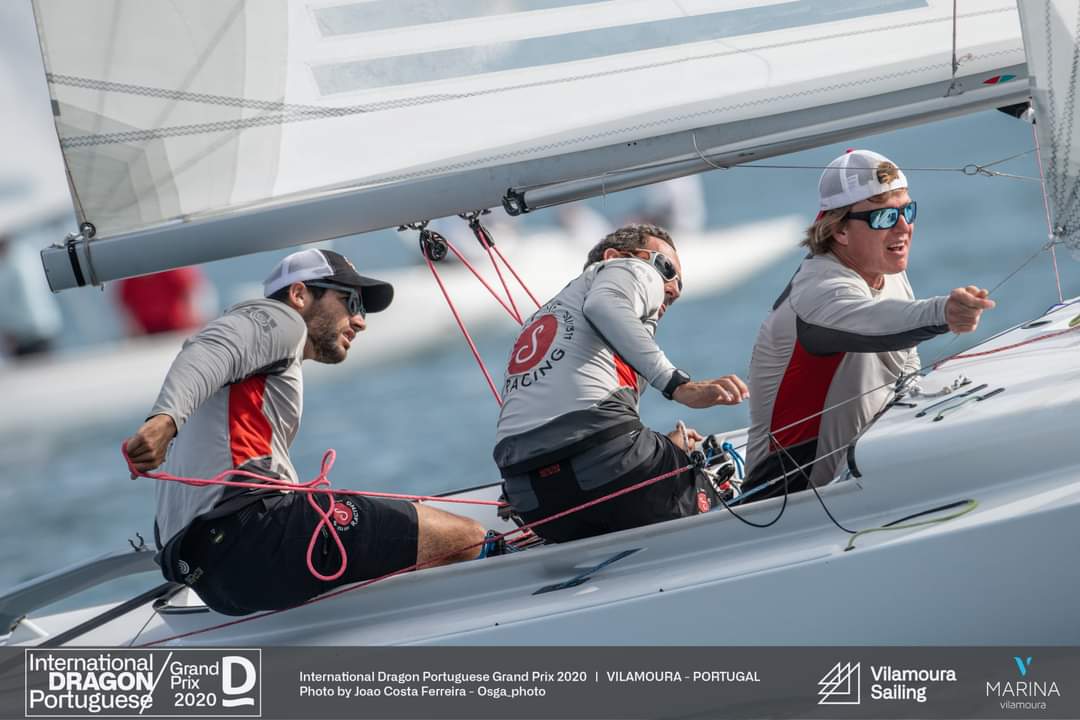 They say that top sailors make the best of the cards they are dealt, sometimes you win sometimes you lose. What is for sure….Tomorrow is another day and with 3 races scheduled and a much better forecast, I’m sure defeated teams will bounce back.  So many congratulations to the 3 podium teams, RUS 76 Dmitry Samokhin, SUI 311 Bernardo Freitas & SUI 318 Wolf Waschkuhn on today’s race and let’s look forward to some super sailing tomorrow (Tuesday).