The Finnish Dragon fleet has been very lucky in 2020 and has squeezed in a whole season of races.

The event was organised by one of the local sailors in cooperation with Helsinki Sailing Club. This year the event attracted 14 entries.

Autumn in Finland has already started, and this usually also means stronger winds making for exciting and testing sailing conditions. Weather forecasting Finland is pretty accurate, and all sailors were appropriately dressed, and boats tuned for a wet ride in wind conditions from the west on Saturday from 16-20 knots.

The Dragon class in Finland has attracted a lot of talented sailors from the Olympic classes but also a few title holders from 505s Solings and 6M.

Having had a full regatta season starts have become very close with almost all boats on the line. The Finnish master of the Dragon class Jouko Lindgren and his crew excelled in the very choppy conditions and built up a clear lead. He was closely followed by class captain Mikko Jaatinen who also relished the strong conditions.  Ville Paija, sailing his beautiful cold moulded wooden Dragon, found his groove in this race with his crew Sami Salomaa and Peik Alhstrom hiking hard to keep him at the top. Unfortunately on last downwind Jouko Lindgren missed the spreader mark and therefore scored a DSQ. This benefitted Mikko Jaatinen who won the race followed by Peter von Koskull and very happy Ville Paija in third.

With the waves building in race 2 it was not just the sailors which got a washing but also the race committee was rolling around in the very windy conditions. Right from the start it was again Jouko Lindgren taking the lead in magical style, sailing a slightly lower angle than the rest but punching very fast through the waves.  Clearly a tactic that paid of as he would take the winners gun. Although in his first season Hema Virkkunen has really gotten the hang of dragon sailing quickly and scored a second. He had already made his name in a number of classes and appears to do the same in the Dragons.

Conditions for sailors and race committee got a little uncomfortable and with more wind and rain forecasted it was time to head for Jollas harbour were a warm sauna, soup and beer awaited the sailor. This camaderie is what makes Dragon sailing so great!

On Sunday the wind had increased but also the sunshine with 3 races scheduled. In race was one it was again Jouko Lindgren taking the lead from start to finish but he was called OCS.  He was followed by Peter von Koskull sailing FIN 92 ‘Margaret’ who had a great start and despite being approx 70Kg below the ideal weight showed that it does not always matter when comes to sailing a Dragon and scored first.

In race 4 it was a repeat of the previous races, Jouko Lindgren out in front almost uncontested. Behind him though it was battle with lots of place changing especially around the marks were a variety of spinnaker hoist and drops could be observed.  The fleet is still split between forehatch and cockpit launch, both options having their advantages and disadvantages but seems that cockpit launched will be favoured next season.

Race 5 was dominated by Jouko Lindgren again. With his crew he sailed an awesome series. A few boats had dropped out with gear failure so the field was a little smaller but still close. Hiking hard and choosing the right side of the course it was Max Johannsson taking second palace and another top place for Mikko Jaatinen. 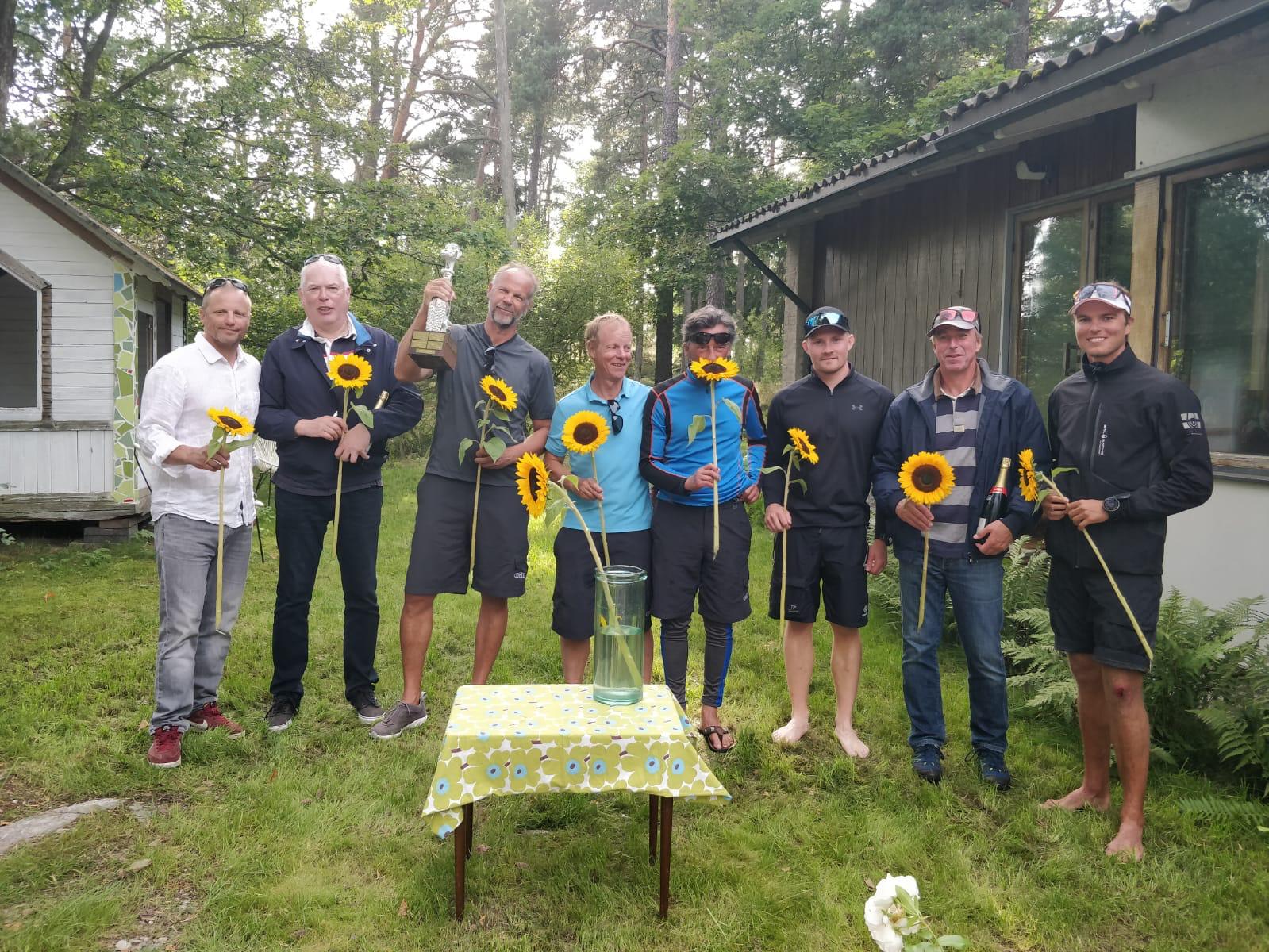 In previous years the class would enjoy an elaborate cray fish dinner with singing and it  but this year was replaced with a wonderful outdoor buffet and live music on saxophone and piano played by Ville Paija. A wonderful ending to a great weekend. 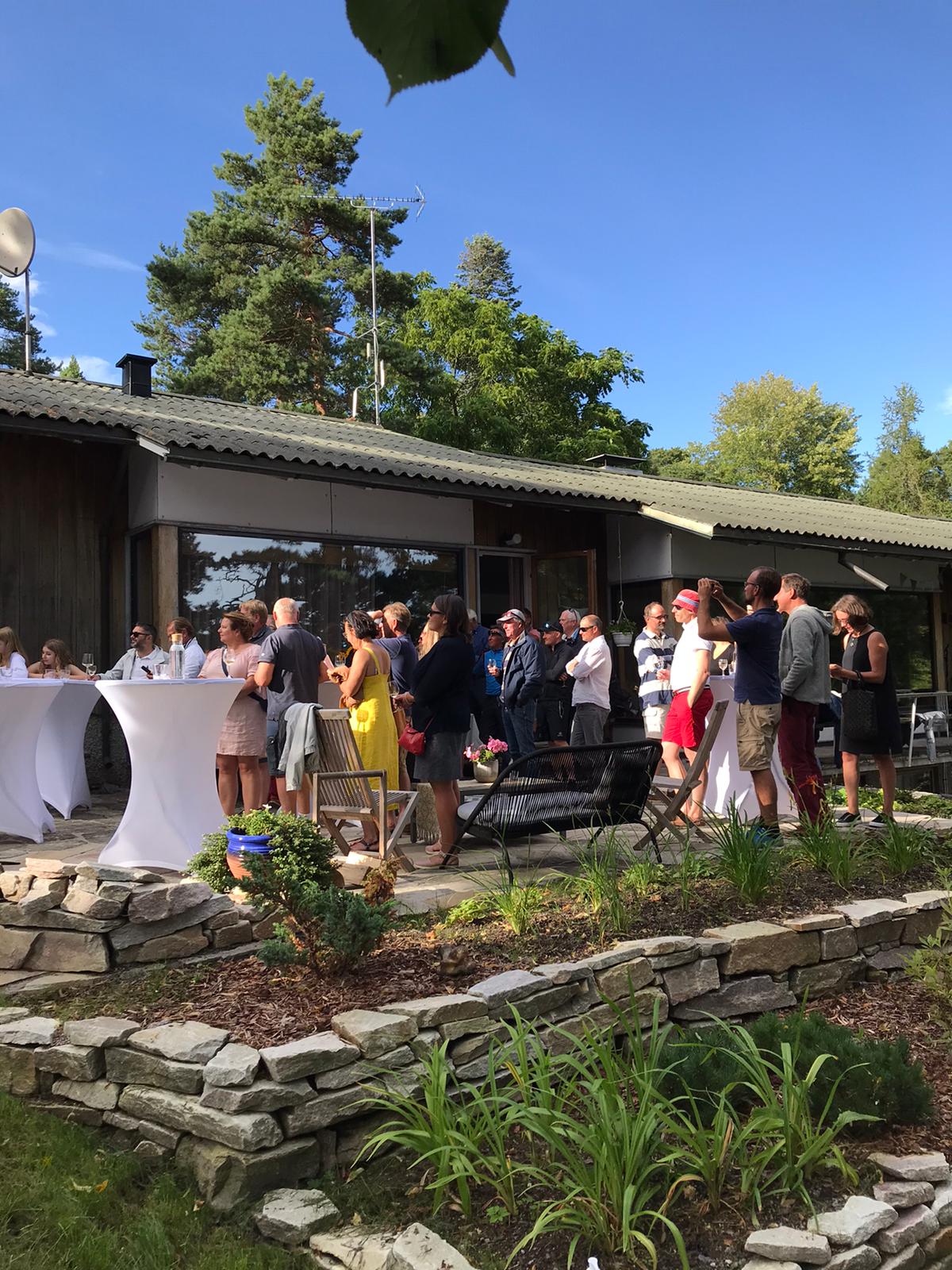 Next regatta is 29/30 August at Brando Sailing Club sailed inside Helsinki Harbour.