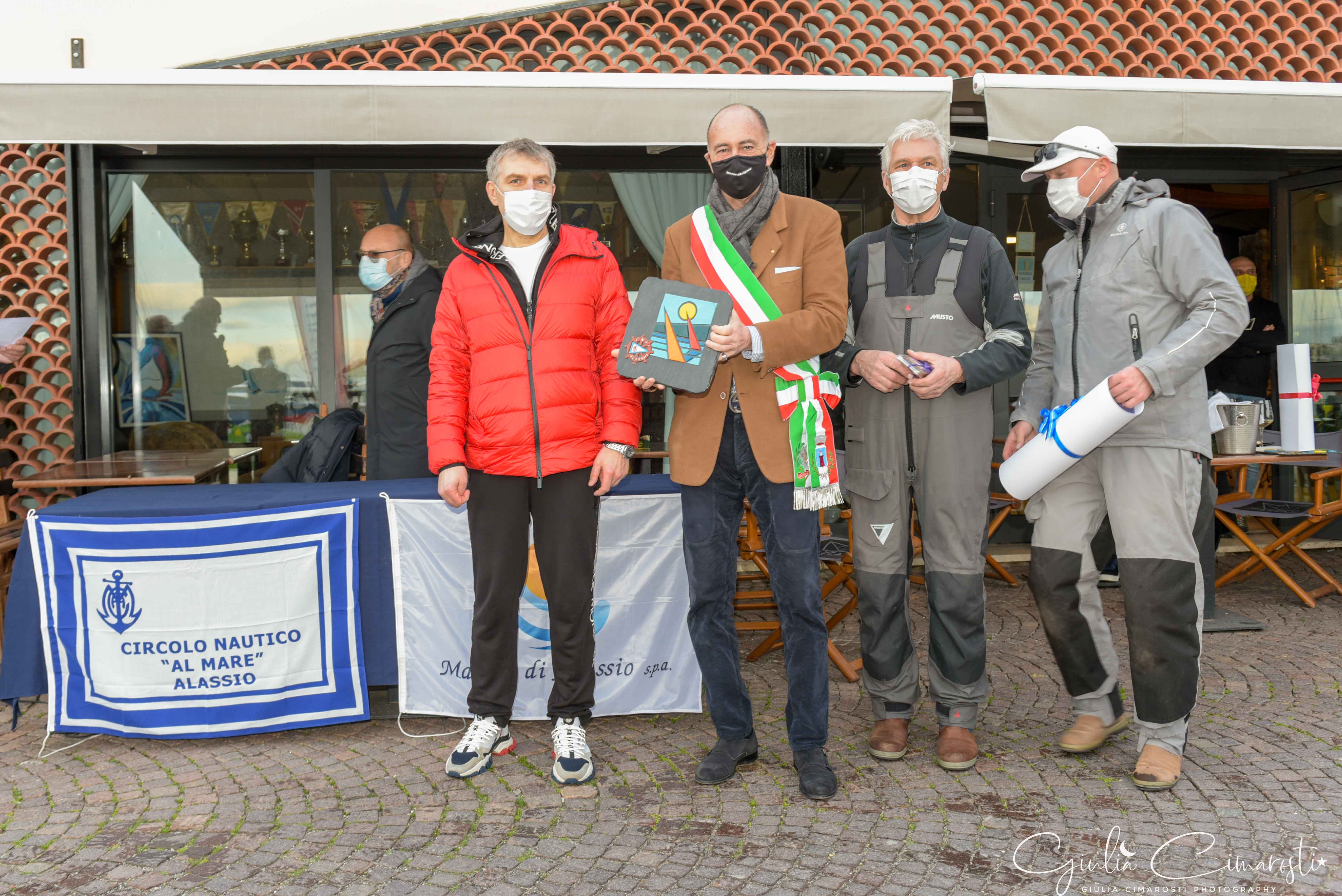 Dmitry Bondarenko wins first round of the Riviera Trophy in Alassio. 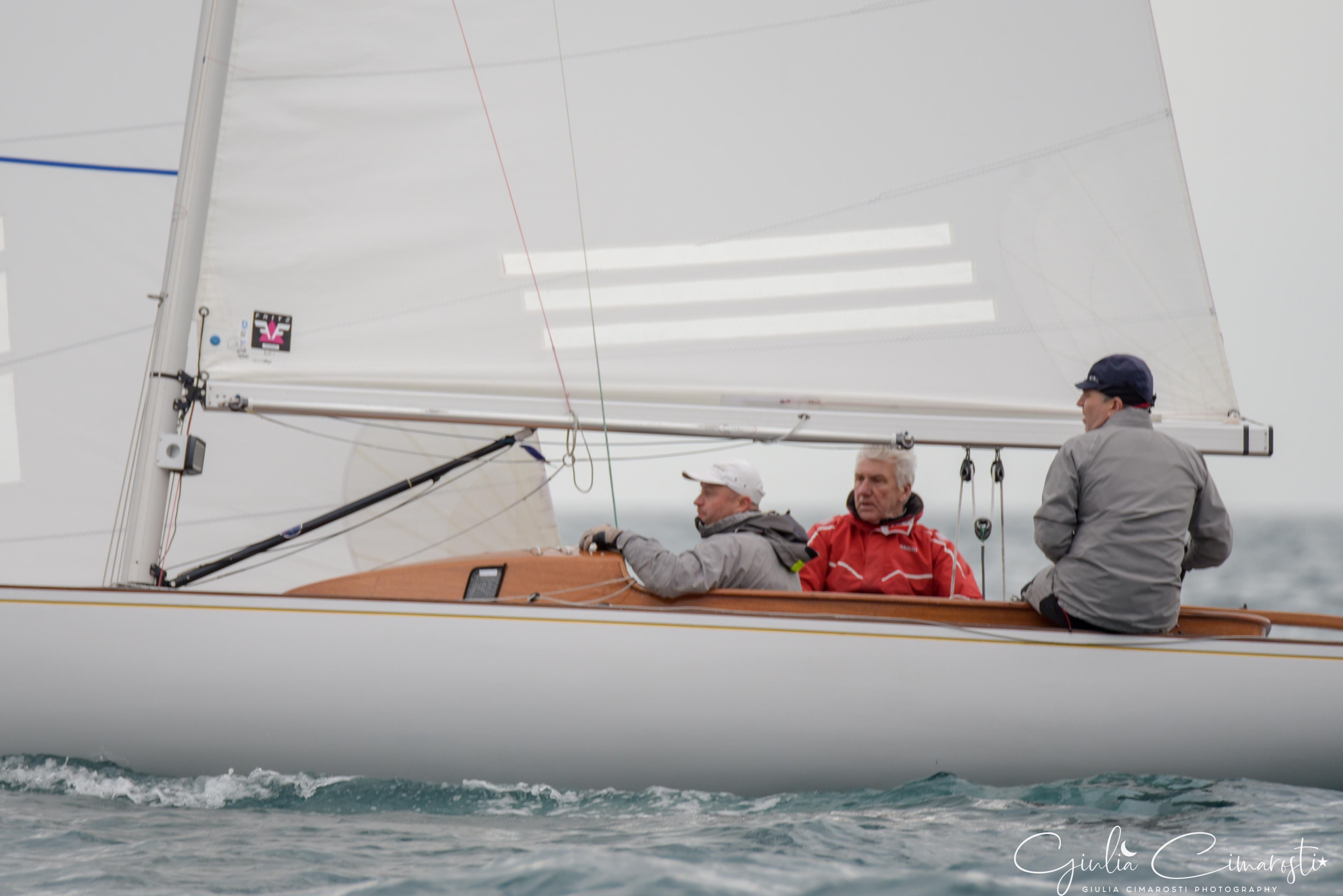 This was a very well organised event by The Circolo Nautico Al Mare Alassio in full respect of the strict Covid requirements both on and off the water. Italian Secretary Marco Cimarosti commented “Not only was this the first event of the 2021 Riviera Trophy but also the first event of the Open 2021 Italian Cup. Further events are in Imperia, Monaco, San Remo, Castiglione della Pescaia (Tuscany), and Bellano (Lake Como). We expect about 15 boats in Imperia and hope for more than 20 in San Remo”. Many thanks Marco and keep up the good work you are doing for the class in Italy. 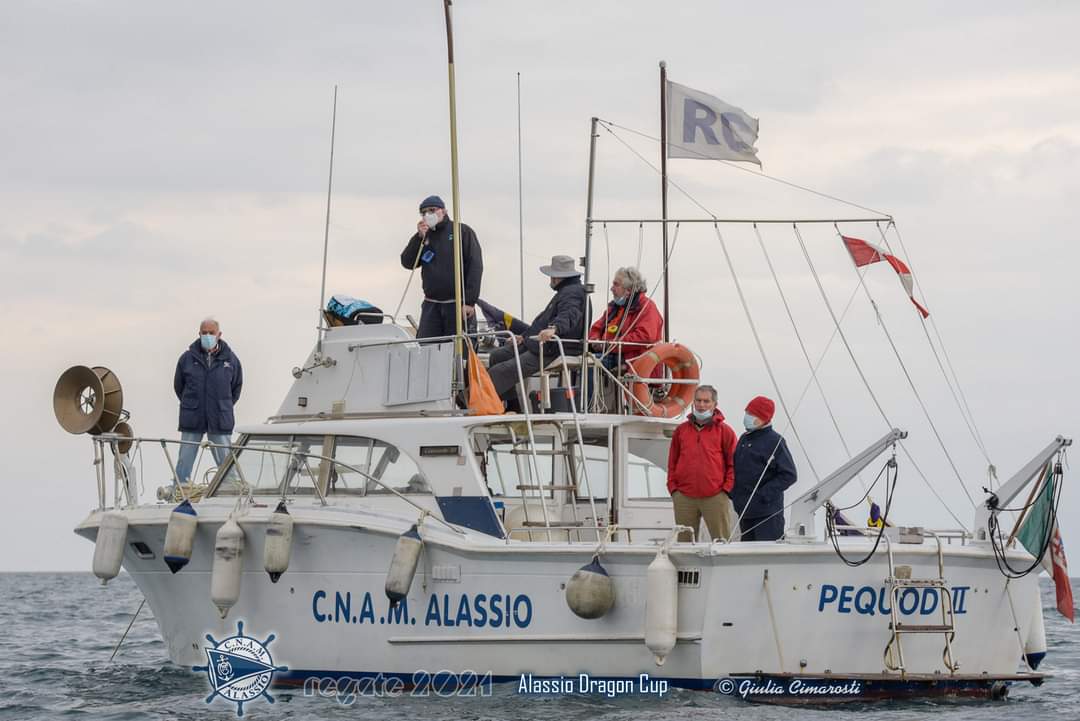 With 2 races on Friday, followed by 2 more on Saturday it was a close battle between GBR 408 Dmitry Bondarenko helming his beautiful Pedersen and Thuesen “Johanna” and ITA 79 Tommaso Chieffi for the overall prize. Dmitry then won race 5 on Sunday to take the overall honours. Meanwhile, Klaus Diederichs helming GBR 819 “Fever” (Petticrows V6) followed up his 2nd and 3rd on Friday by winning race 3 on Saturday, but slipped up a little in race 4 to lose his momentum. 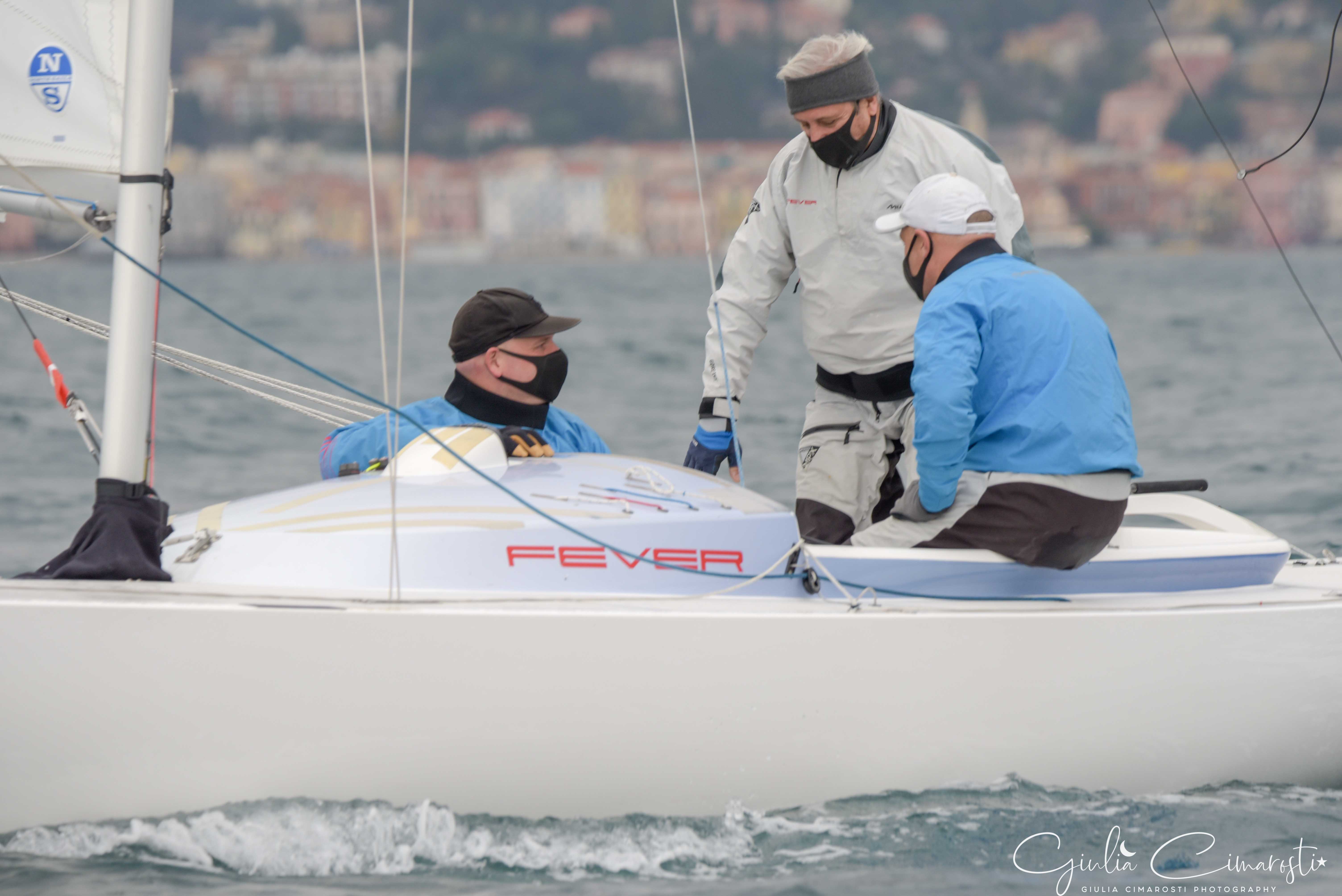 Klaus explained “We got it wrong in race 4 by going right thinking the offshore breeze would fill but found ourselves last at the top mark, we managed to claw back a bit, but only to 4th place. Saturday’s breeze was the best racing with 8 to 10kts easterly and the Race Officer did a good job laying and adjusting the 1.2 mile courses. It was good to be sailing again and Tommaso Chieffi did a great job as a newcomer to the class bringing a new owner (Claudio Valtulini) into the fleet. It was tight racing and many congratulations to Dmitry Bondarenko who edged the overall victory on count-back by winning the final race”. 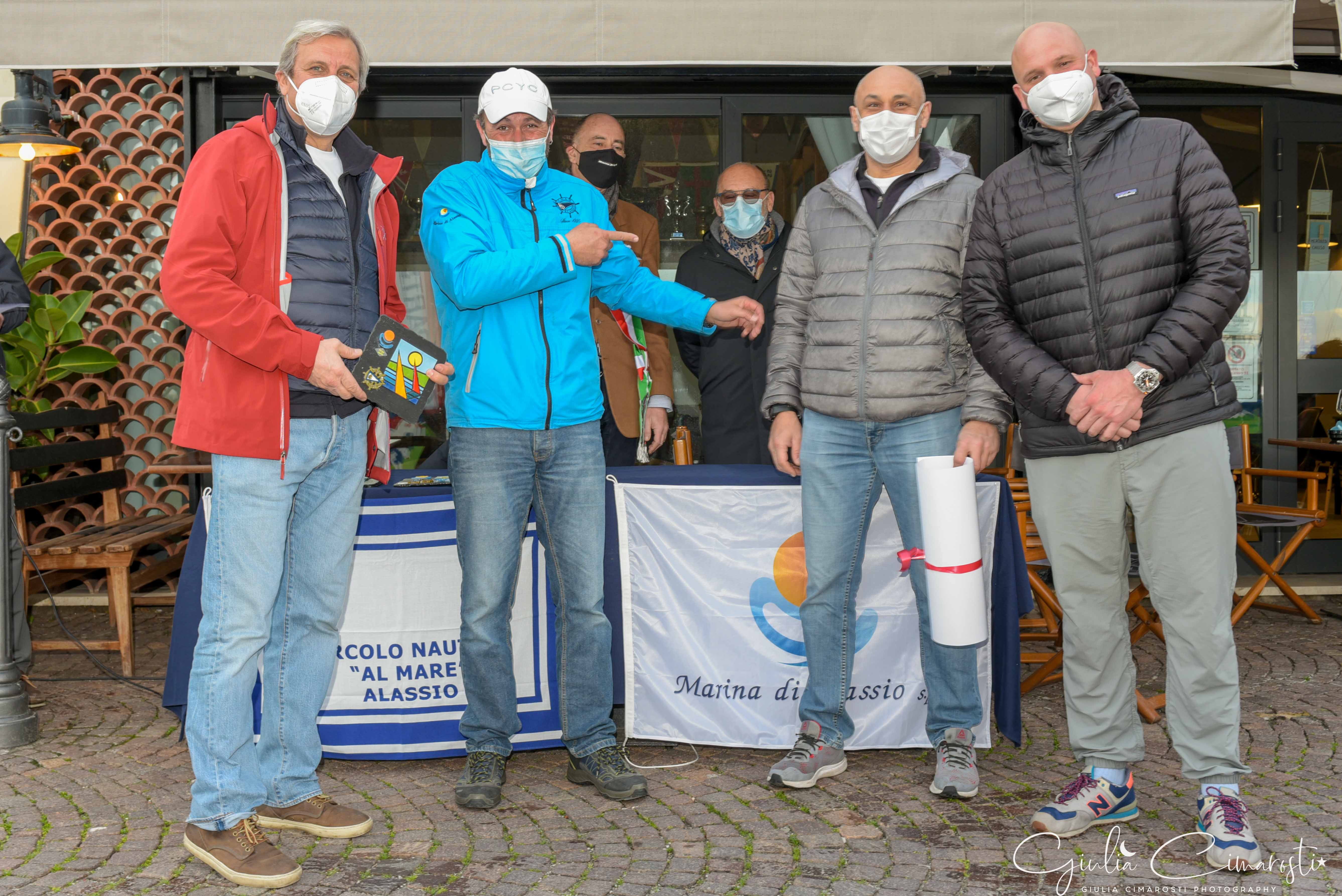 It is nice to welcome newcomers into the fleet and many congratulations to ITA 79 for finishing runner up to Dmitry Bondarenko. New owner Claudio Valtulini would have appreciated having Vittorio Zaoli as fellow crew member and using the Zaoli sails, a bit of competition in the sail market is always a good thing. 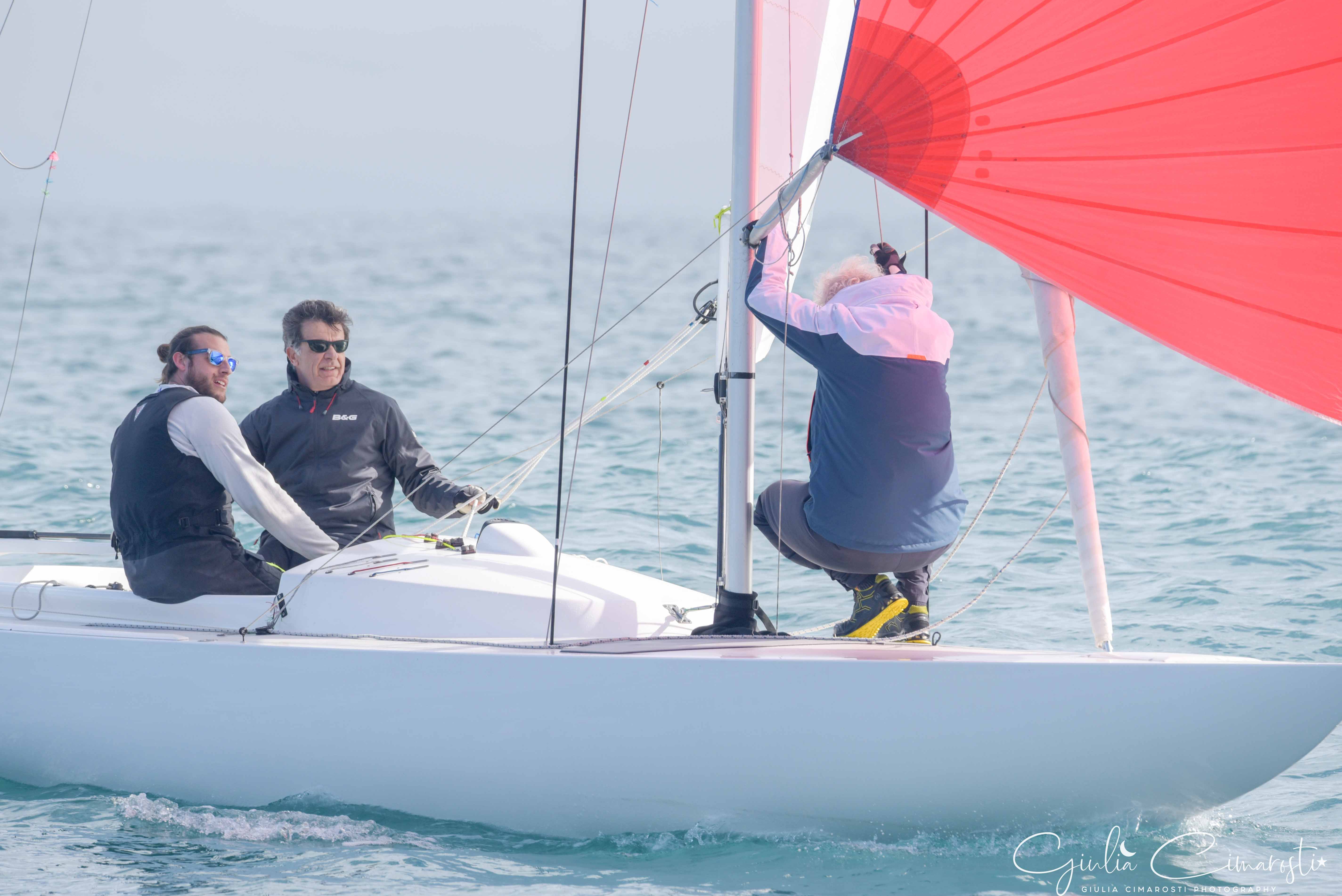 In 4th place overall was ITA 80 helmed by Flavio Grassi and crewed by Mario Quaranta and his son Andrea. They run the very popular Sibma Navale Yard in Imperia and offer an important base for Italian Dragons all year round. Mario can be contacted at : info@sibma.it 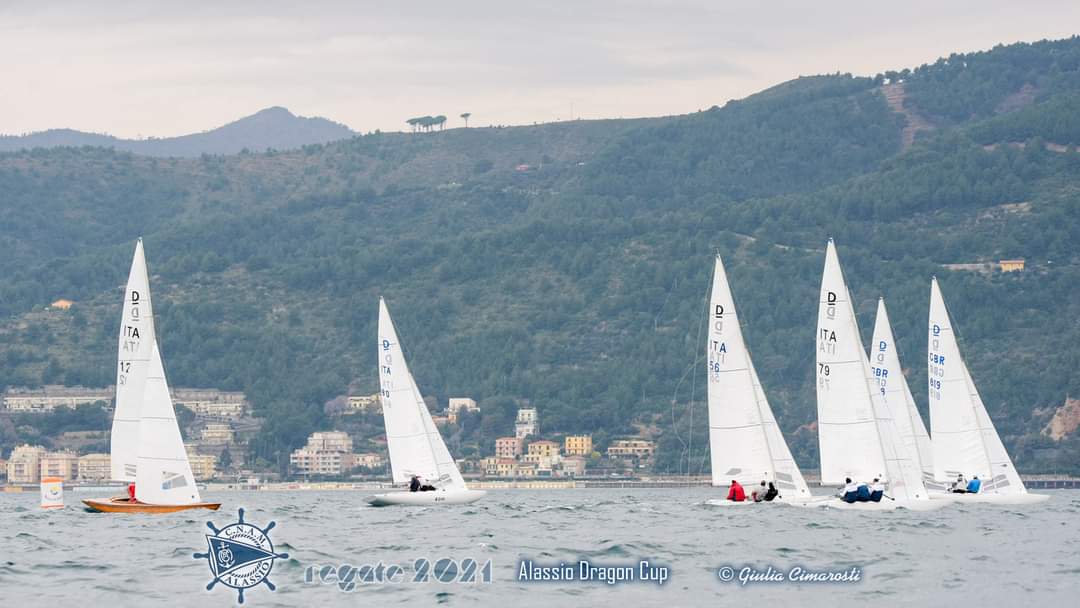 Alassio is a great sailing location in Italy.

5th place overall was ITA 12 helmed by Giuseppe La Scala, crewed by Roberto Benedetti & Simone Dondelli. This is a special year for this beautiful vintage wooden Dragon “Galatea II ” as it celebrates it’s 70th Anniversary, this boat finished a creditable 9th place at the 1952 Olympics in Helsinki. 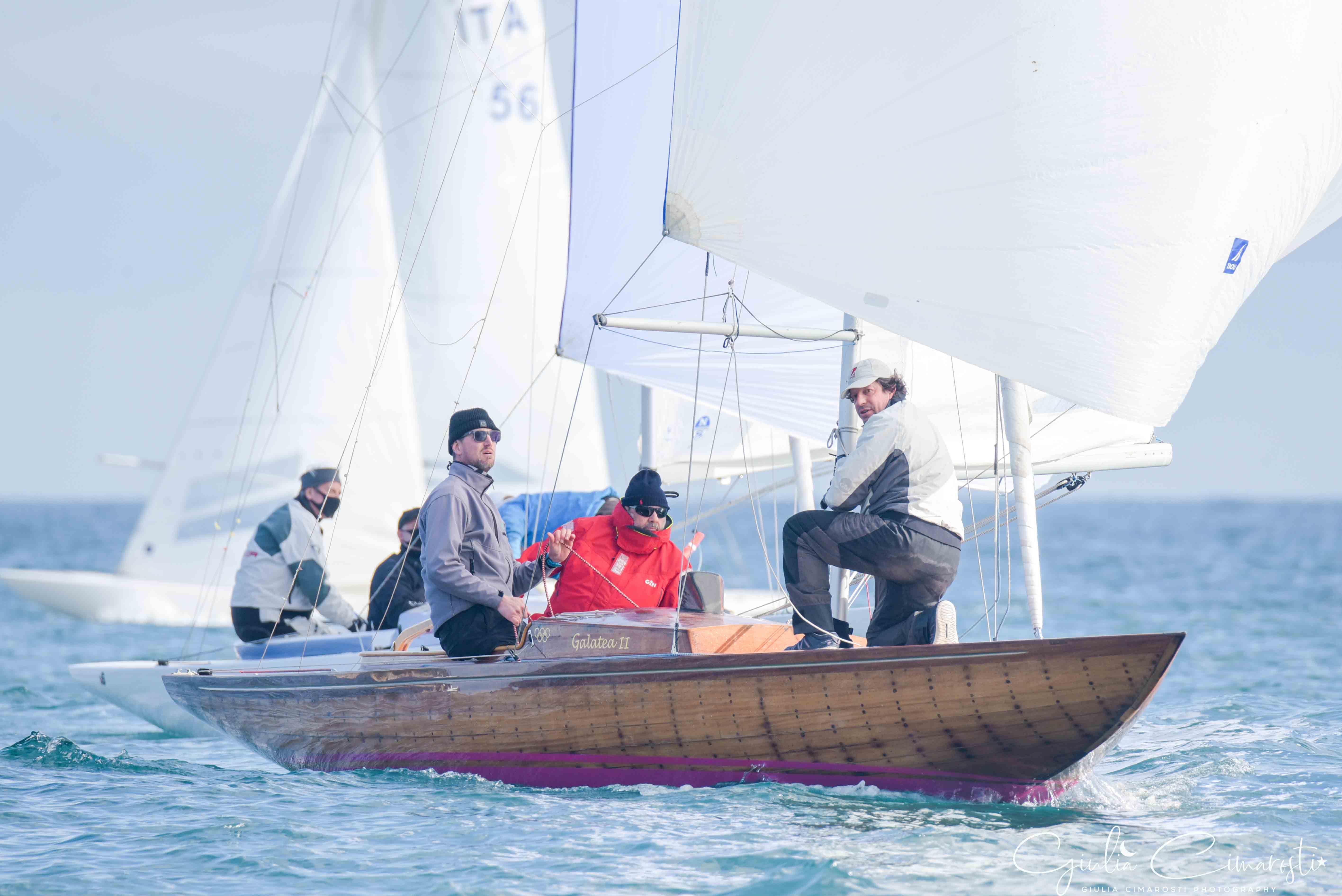 So finally, many congratulations to Dmitry Bondarenko, Nikolai Poljakov & Alexander Shalagin for winning part one of this new championship and a huge thank you to the Italian organisers and volunteers of the Circolo Nautico “Al Mare” Alassio for hosting this regatta during these unprecedented times. Let’s hope as more vaccines are rolled out across Europe we can slowly return to more sailing as infection levels drop and travel restrictions ease…..