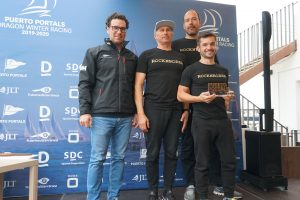 A total of 11 races were completed with a total of 54 boats taking part throughout the 3 weekends, each series averaged around 45 boats which is an amazing turnout for a winter series and a true testament to the new set up at the Puerto Portals Marina. 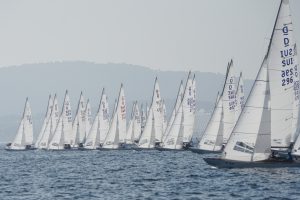 In 2nd place overall was GBR 819 “Fever” helmed by Klaus Diederichs, crewed by Jamie Lea & Diego Negri. Since winning the World Championship back in 2013 in Weymouth, Klaus has continued to compete at the highest level. Dividing his time between racing his Swan (also called Fever) and his new Petticrows Dragon, Klaus has had top Star sailor Diego Negri and North Sails Jamie Lea with him for some time and for sure must be looking forward to the Europeans in April. 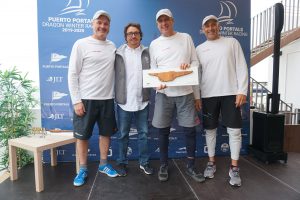 With so many top names gathered in Puerto Portals for the winter it was very pleasing to see the leading Corinthian team led by Sweden’s Martin Palsson take the final “Podium” position of 3rd overall….

Yes SWE 401 “Nono” put together a very consistent and high quality set of results and it will take an extremely good non professional team to stop Martin Palsson from winning the top Corinthian award at the Europeans…  The Swedish fleet are making a revival as they look forward to hosting the Gold Cup in 2021 (Marstrand) and Martin is at the very forefront of making this happen. So l congratulate him and his team for all their efforts on and off the water. 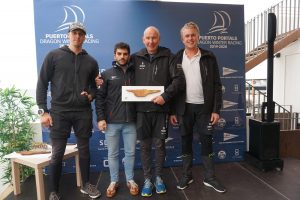 The racing during the winter series has taken place a short distance outside of the Puerto Portals Marina, inside the main Shipping Lanes leading into the Port of Palma. This has proved quite popular with the competitors although it can produce shifty wind conditions. For the Europeans in April the Puerto Portals Race Management Team, who will be led once again by Nino Shmueli, will take the fleet further out into the bay of Palma. This will also be the case for the first European Grade 1 event the Princess Sophia 26th to 29th March, as it will be organised by the Real Club Nautico Palma, again under the guidance of Nino Shmueli.  So lots going on in the beautiful bay of Palma.

Lots of action in Puerto Portals this winter, so a big thank you to all the Race Management and Port Capitain Álvaro Irala and all his team…

Next regatta in Puerto Portals in the Mediterranean Cup, 20-22 March. Why not come and join the fun in the build up to the Princess Sofia (Grade 1) and the 2020 European Championship!