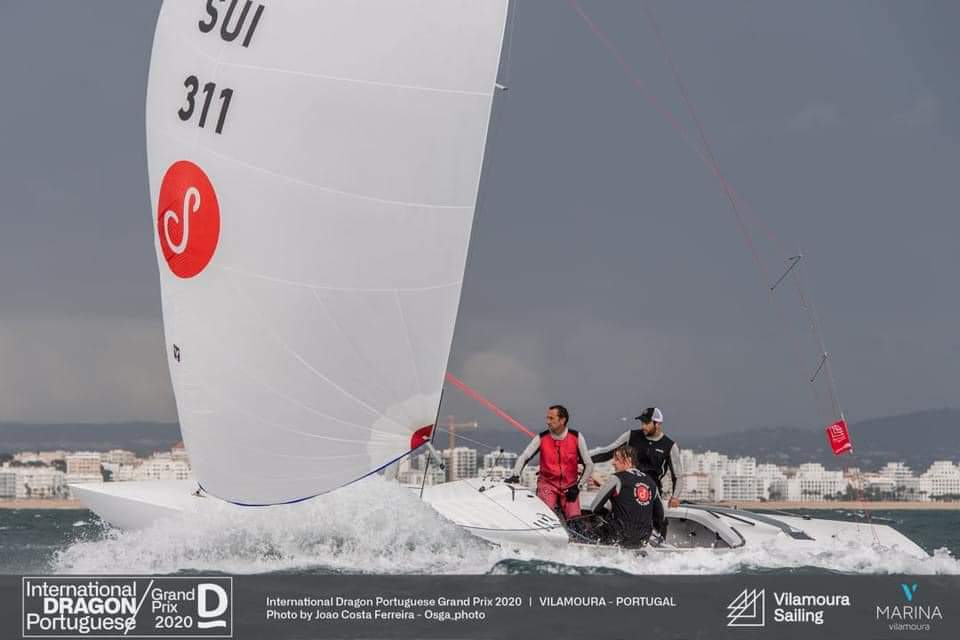 On the 4th day of racing in Vilamoura to decide the Portuguese Grand Prix, only one more race could be added to the program due to a weather front that saw gusts of 28kts and 2 metre high waves! This was in complete contrast to what had been a quiet sunny week with gentle sea breezes. International Race Officer Nino Shmueli had no option but to send the fleet back into the safety of the marina as the conditions deteriorated. However, one race was completed and it was the two Swiss boats who faired the best with SUI 311 just finishing ahead of SUI 318 2nd and RUS 76 3rd. 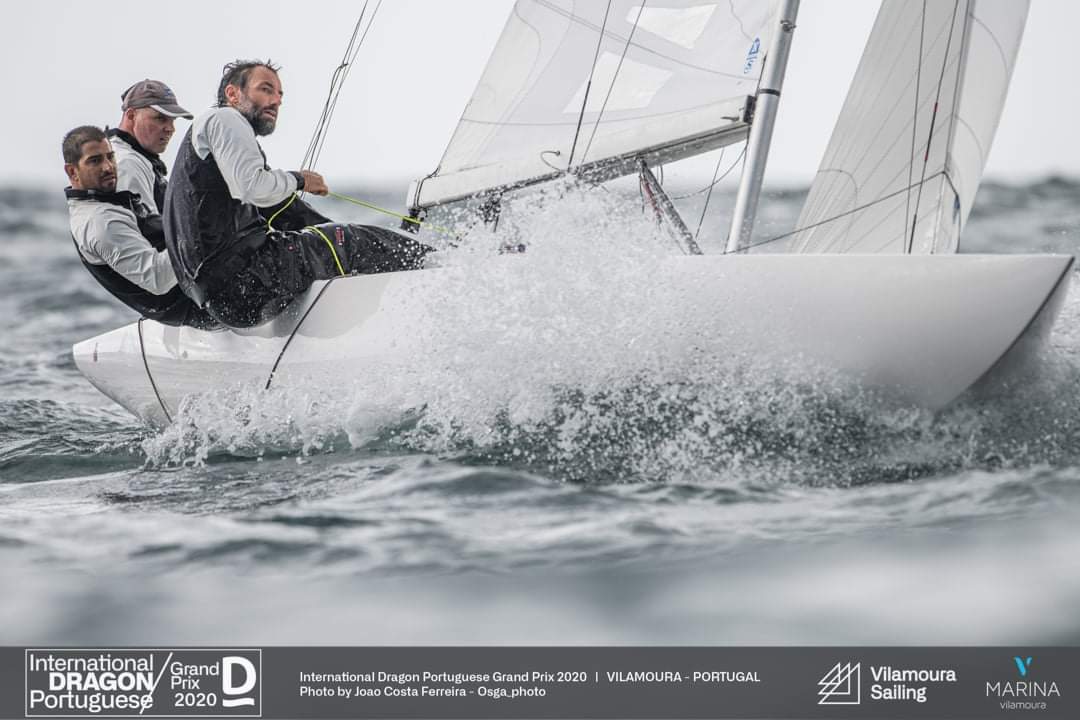 SUI 318 Helm Wolf Waschkuhn explained “We had a fantastic day, even though race 6 was stopped before we reached the windward mark due to a substantial shift in variable 5 to 8kts of wind from around 150 degrees whilst we were in 2nd place. Then on the second attempt we rounded the top mark 4th behind TUR 1212, SUI 311 and RUS 76 in 7 to 8kts of building wind. By the second beat the wind had increased to 13/15kts TUR 1212 fell back so at the top mark second time we were right behind SUI 311 and RUS 76 all very close as the wind increased above 15kts. It was a great run to the finish and an epic battle, in the end SUI 311 took the victory and we just edged in front of RUS 76 by a foot!” Great account of the race Wolf and well done to you and your team. 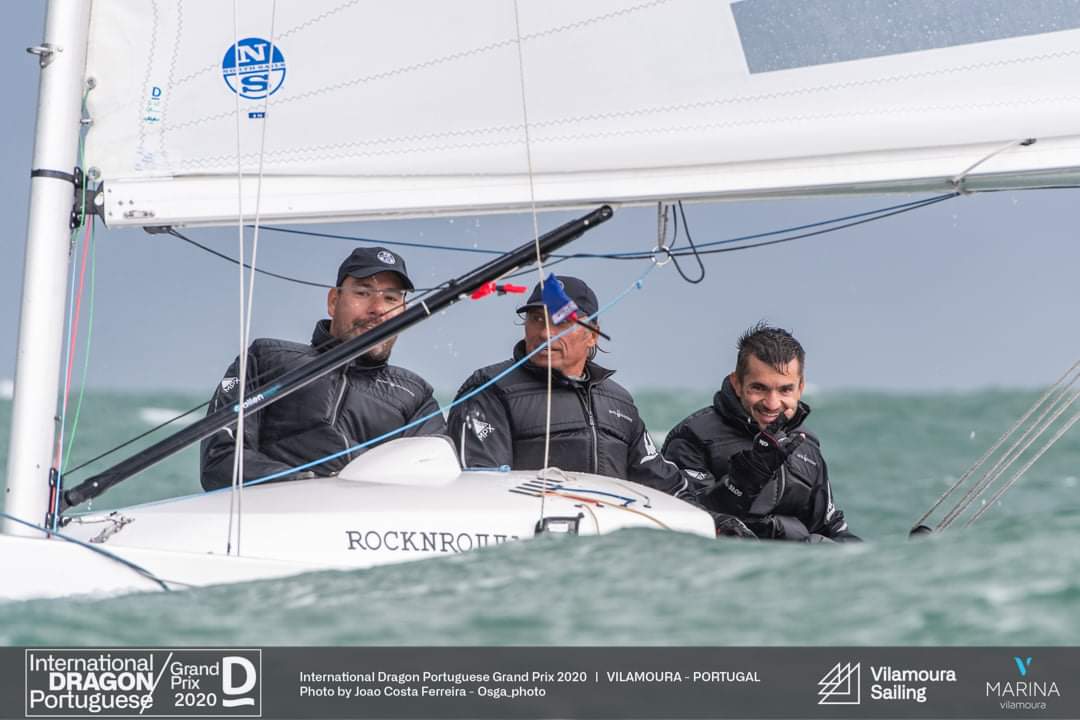 RUS 76 3rd in race 6 so 3rd overall, another podium for Dmitry, Andrey & Kasper. 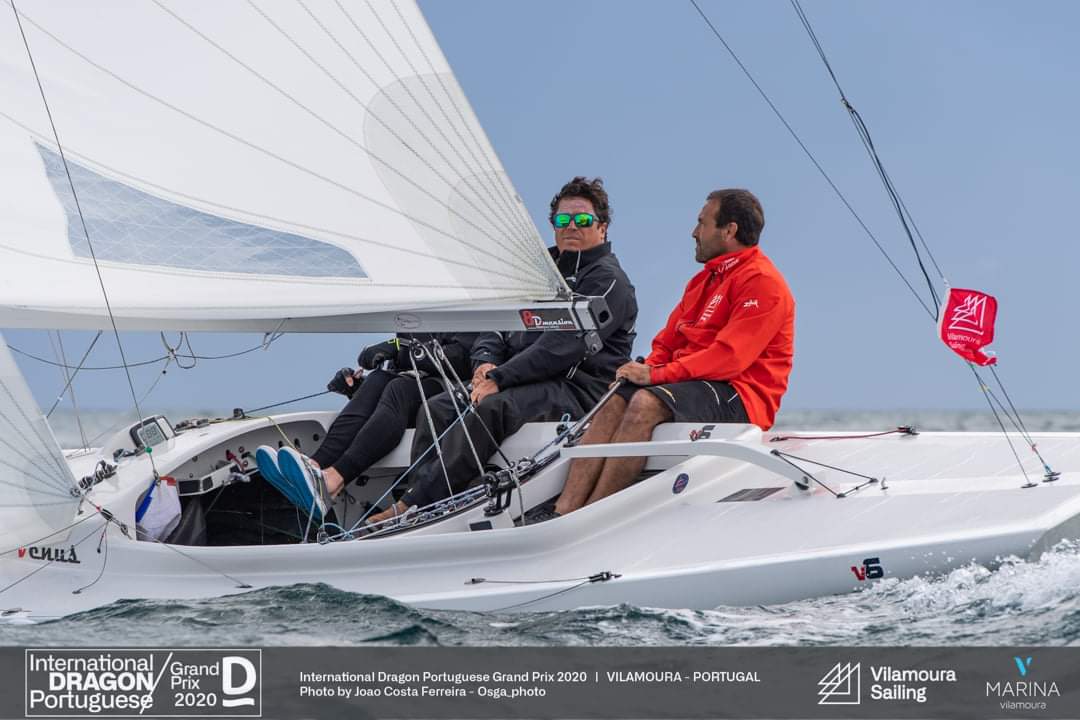 Meanwhile GER 1207 Nicola Friesen had another good result (5th) to cement her well deserved 4th place overall. At just 2 points behind Dmitry, Nicola and her Bavarian Dream Team of Vincie and Michi can look forward to the Finals with great expectation to see if she can repeat her performance of last year in Puerto Portals where she qualified for the Final Race of the Knock Out stage.. 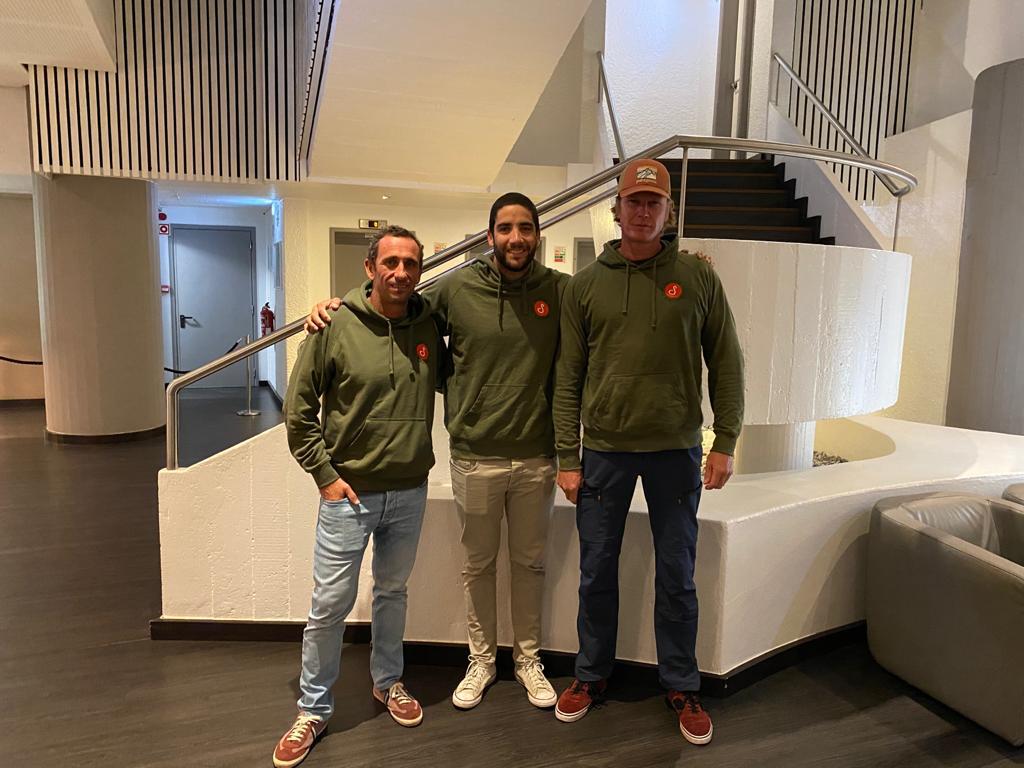 Bernardo told me “It’s not every day I get the chance to drive a Dragon, so I can’t thank Hugo Stenbeck enough for once again letting me helm his boat. We did start this regatta on the right foot (two 2nd places) but we were too early at the start of race 3 so we had to go back, which lost that race completely (14th). Pedro and his team have been unbeatable and we knew to that to win we really had to sail at our best, so we went out there with full confidence and played it amazingly well. Martin Westerdahl and Diogo Pereira did and amazing job onboard our rocket (Sophie Racing) and we are all very happy to end on top of the leaderboard against such tough opposition”.

So very well done to you Bernardo, now the question is my friend, can you and your great team repeat what you did last year in Puerto Portals when you lifted the “Flow” Sami Salomaa’s wonderful trophy ?  With the Finals starting today anything is possible…  All teams race and gradually boats are eliminated over the next 2 days until a final group will race to see who will become the 2020 European Cup Grand Prix Champions…    Good Luck to All.