On the first day of the XXV Edition of HM King Juan Carlos Trophy, the nine dragon class boats only competed one race due to the increased intensity of the wind that was felt throughout the day. The debut race, which awards the Vincie trophy, went to Olinghi of Wouter ten Wolde with Gonçalo Ribeiro and João Matos Rosa. Pedro Mendes Leal’s Venus with Jorge Ferlov and Pedro Rebelo de Andrade (Dragon Gold Cup winner in 2019 and European champion in 2017) was runner-up in the first race of the Championship. Peter Cunningham’s Saturn with Andy Beadsworth (World Champion in 2017 and 2019) and Charles Nankin (European Champion in 2017) occupies the lowest place on the podium. 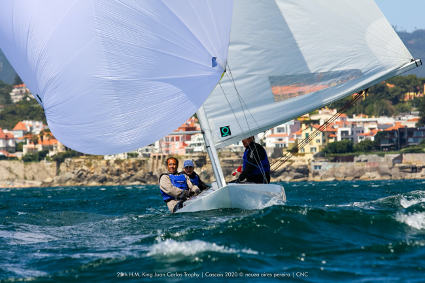 The second day of the SM King Juan Carlos Trophy was marked by a sunny and strong wind day in the North quadrant with intensity from 15 to 22 knots. The fleet started the day at 11 am with a regatta having returned to land due to the increase in wind intensity at the end of that regatta. After an hour on land, conditions improved again and the dragons returned to complete another race. After the races that day, Peter Cunningham’s Venus with Andy Beadsworth and Charles Nankin led the event overall after two bullets in that day’s races. Second was the Band à Part de Gery Trentesaux with Eric Brezellec and Codric Pouligny. In the lowest place on the podium was Pedro Mendes Leal with Jorge Ferlov and Pedro Rebelo de Andrade 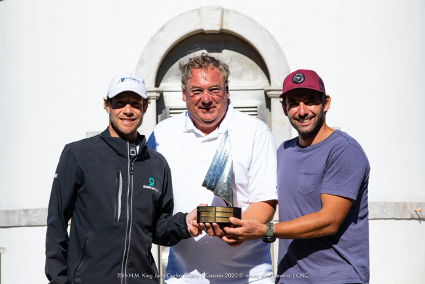 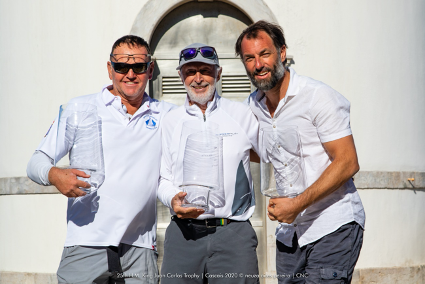 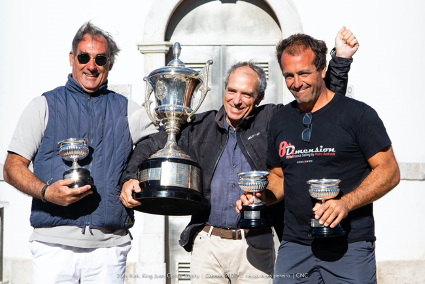 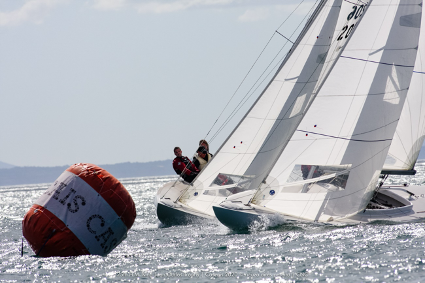 To finish the XXV edition of this trophy, the wind delayed and the first race of the day started 30 minutes late. The first race was marked by wind instability that culminated in a shortening on the offset mark on the second turn at windward. The line honours was for the Whisper of Mario Quina with Raul Bulhão Pato and Marco Flavio, The Race Committee made a time delay between the first and the second race so that the minimum conditions were reunited to resume and initiate the start procedures. Said and done, the northwest wind returned to Cascais bay and the 9 dragon class boats in competition were able to finish the two races that were left to close the championship. Mendes Leal’s team scored two bullets in the remaining races and thus took first place on the event podium. The boat Venus by Pedro Mendes Leal with Jorge Ferlov and Pedro Rebelo de Andrade after winning the last race of the championship also won the Stavros trophy. The second place on the podium was taken by Gery Trentesaux’s French team followed by Peter Cunningham’s Anglo-Saxon team.